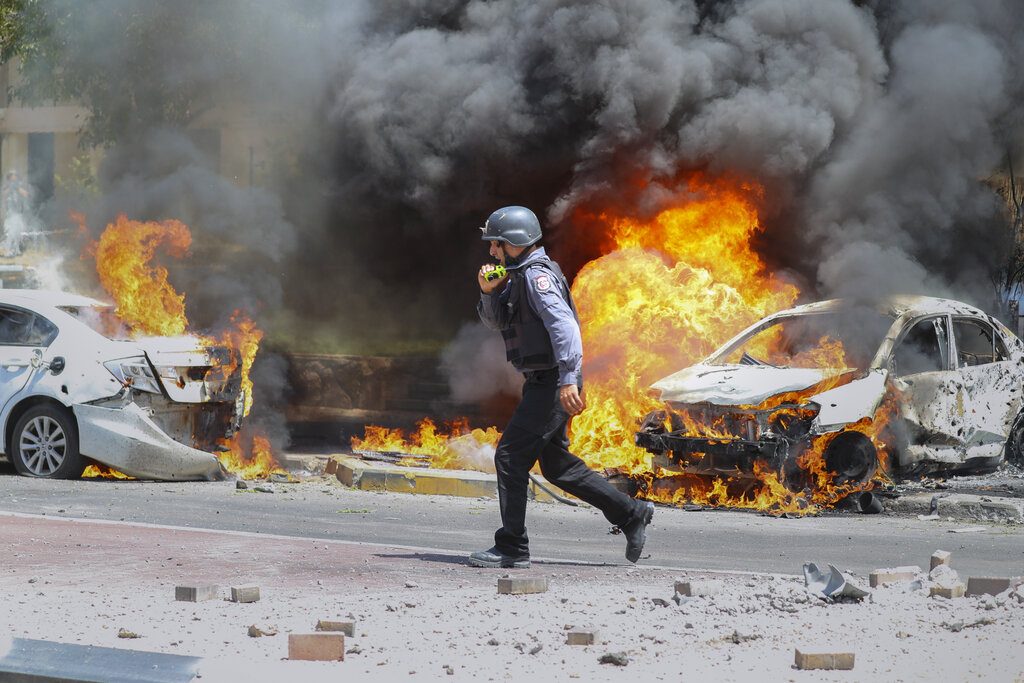 Hamas has threatened to fire rockets at Tel Aviv if Israel continues its bombing of Gaza.

The IDF rejected Hamas claims that they are targeting residential areas in Gaza, pointing out the terror group’s practice of deliberately locating military assets within residential areas to shield them from attack.

As of Tuesday evening, the military says 630 rockets have been launched against Israel since Monday, with 480 rockets fired into Israeli territory and some 150 failed launches that fell inside Gaza territory.

It says some 200 of the 480 rockets were intercepted by Iron Dome (the system does not target rockets calculated to hit unpopulated areas).