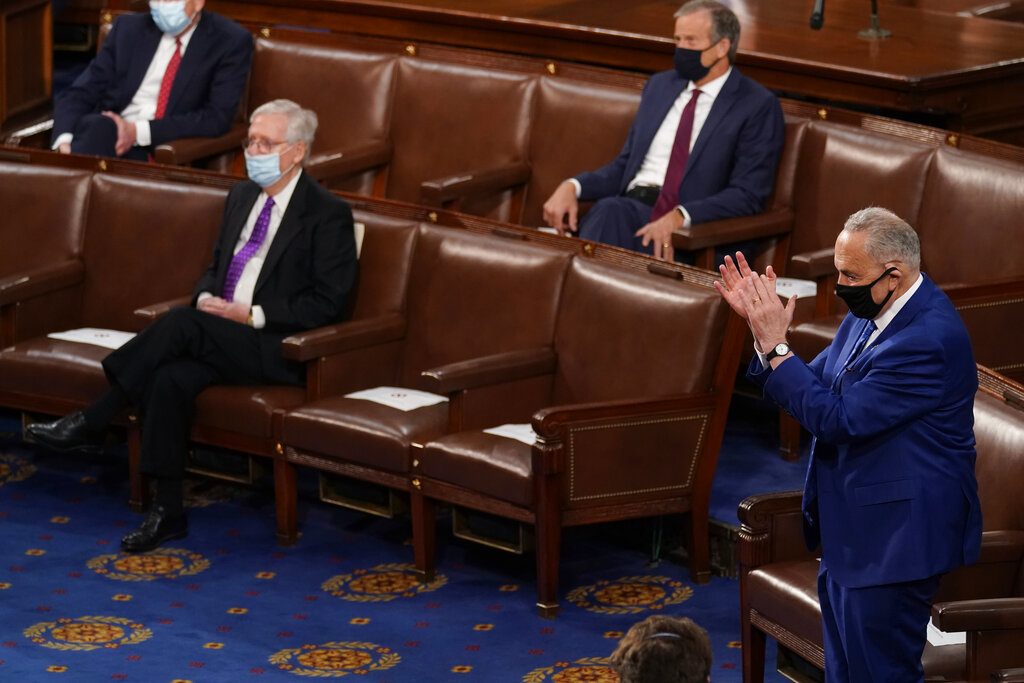 Republicans are preparing to launch an all-out assault on sweeping voting rights legislation, forcing Democrats to take dozens of politically difficult votes during a committee hearing that will spotlight the increasingly charged national debate over access to the ballot.

The bill, as written, would bring about the largest overhaul of U.S. elections in a generation, touching on almost every aspect of the electoral process. Democrats say the changes are even more important now as Republican-controlled states impose new voting restrictions after the divisive 2020 election.

Yet it’s a motivating issue for Republicans, too, with GOP Senate leader Mitch McConnell so determined to stop Democrats that he will personally argue against the measure, a rare role for a party leader that shows the extent to which Republicans are prepared to fight as a hearing for the bill begins Tuesday.

That’s on top of scores of amendments Republicans will propose to highlight aspects of the bill they believe are unpopular, including public financing for congressional campaigns and an overhaul of the federal agency that polices elections.

What’s typically an hourslong legislative slog could drag into a dayslong showdown in the Senate Rules Committee, as Democrats look to advance one of their key priorities to a vote in the full Senate.

The action in Congress comes as states including Georgia, Florida, Arizona and Texas are pushing new voting rules, spurred by former President Donald Trump’s false claims about election fraud after his 2020 loss.

Democrats are on defense, having been unable to halt the onslaught of new state rules that will take months or years to litigate in court. That leaves passage of legislation through Congress as one of the few remaining options to counteract the GOP efforts.

McConnell won’t be the only high-profile figure at Tuesday’s hearing.

Senate Majority Leader Chuck Schumer, D-N.Y., is also expected to stop in at the Rules panel meeting to add his weight to the debate.

On Monday he said the coming debate would test if Republicans are willing to work on “improving out democracy” or whether they were more interested in “in helping aiding and abetting” Trump’s “big lie” about the 2020 election.

“Our Republican colleagues face a critical choice between working with Democrats in good faith to pass a law to protect our democracy, or siding with Republican state legislatures that are orchestrating the largest contraction of voting rights in decades,” Schumer said.

The legislation, known as the For the People Act, was given top billing on the Democratic agenda, but the path ahead is unclear. Despite the expected showing from McConnell, who has cultivated a reputation for turning the Senate into a legislative graveyard, moderate members of the Democratic caucus also pose a sizable obstacle to the bill becoming law.

Sens. Joe Manchin of West Virginia and Kyrsten Sinema of Arizona have both said they oppose making changes to the Senate’s filibuster rules, which would be needed to maneuver the bill past Republican opposition and pass it with a simple majority in a 50-50 Senate, with Vice President Kamala Harris delivering the tiebreaking 51st vote.

Manchin has called for any elections overhaul to be done on a bipartisan basis. Other Democrats want to pare back the bill to core voting protections to try to put Republicans on the spot.

House resolution H.R. 1, and its companion, S. 1, in the Senate have been in the works for several years. As passed by the House in March, the legislation would create automatic voter registration nationwide, require states to offer 15 days of early voting, require more disclosure from political donors and restrict partisan gerrymandering of congressional districts, among other changes. It would also compel states to offer no-excuse absentee voting.