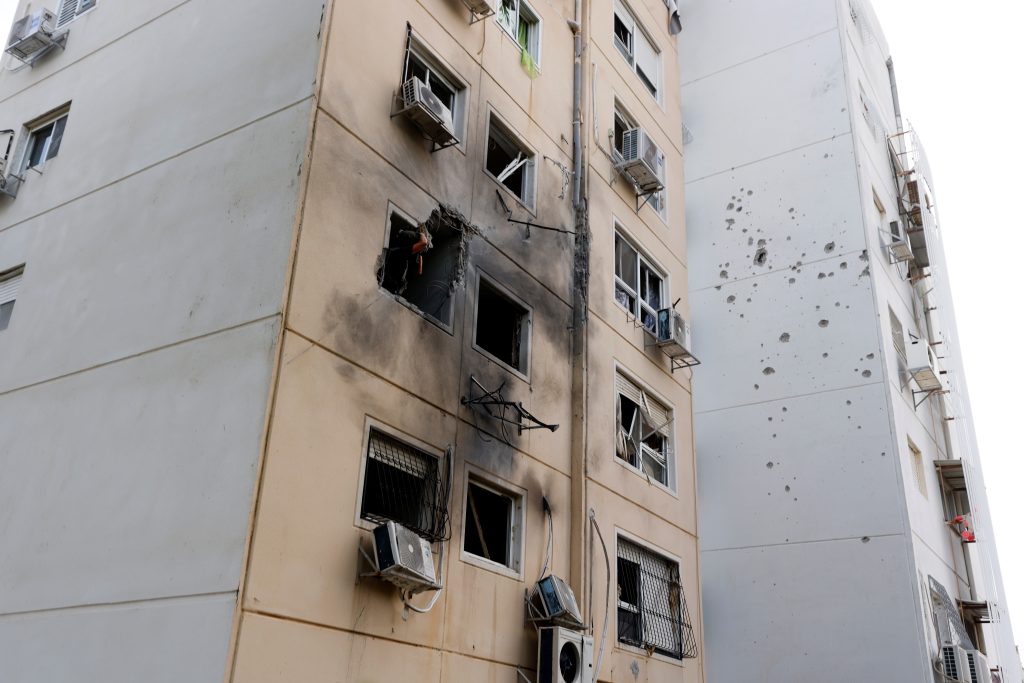 Terrorist groups based in Gaza fired more than 200 missiles into Israel since Monday evening. The IDF retaliated immediately with strikes on Hamas terrorist bases and munition factories. Fifteen terrorists have been killed in the barrage where the IDF targeted 120 targets overnight in an action named Operation Guardian of the Walls.

The targets included weapons factories, arsenals, terror tunnels, an intelligence office as well as the home of a senior Hamas operative.

On Monday night, a home in the southern community of Shaar Hanegev Regional Council sustained a direct hit. No one was seriously injured.

Early this morning, Hamas attacked Ashkelon in the south announcing that this was in retaliation for the overnight strike on a civilian building in Gaza. Two buildings in Ashkelon were hit, leaving one person seriously injured and another five with light injuries.

IDF Spokesperson Brig. Gen. General Hidai Zilberman said in a statement,”The campaign in Gaza is one that we have been preparing for.”

Zilberman said that the IDF plans to “continue its high-intensity strikes over the coming day. We have bolstered the deployment of Iron Dome batteries in the southern and central sectors. We are ready for any scenario, including a wide-scale escalation.”

Defense Minister Benny Gantz declared a “special security situation” in the area 80 kilometers (50 miles) from the border. School was suspended in many cities, with residents advised to remain close to shelters. He also authorized the IDF recruitment of 5,000 reservists to various units, including the Southern Command, the Home Front Command and the Operations Division.

Secretary of State Antony Blinken said the rocket attacks from Gaza should stop “immediately.” He urged all sides to take steps to reduce tensions.

The United Nations Security Council held an urgent meeting Monday, but no statement was issued.

“The United States is engaging constructively to ensure any action by the Security Council is helpful in de-escalating tensions,” a spokesperson for the U.S. mission to the U.N. said.