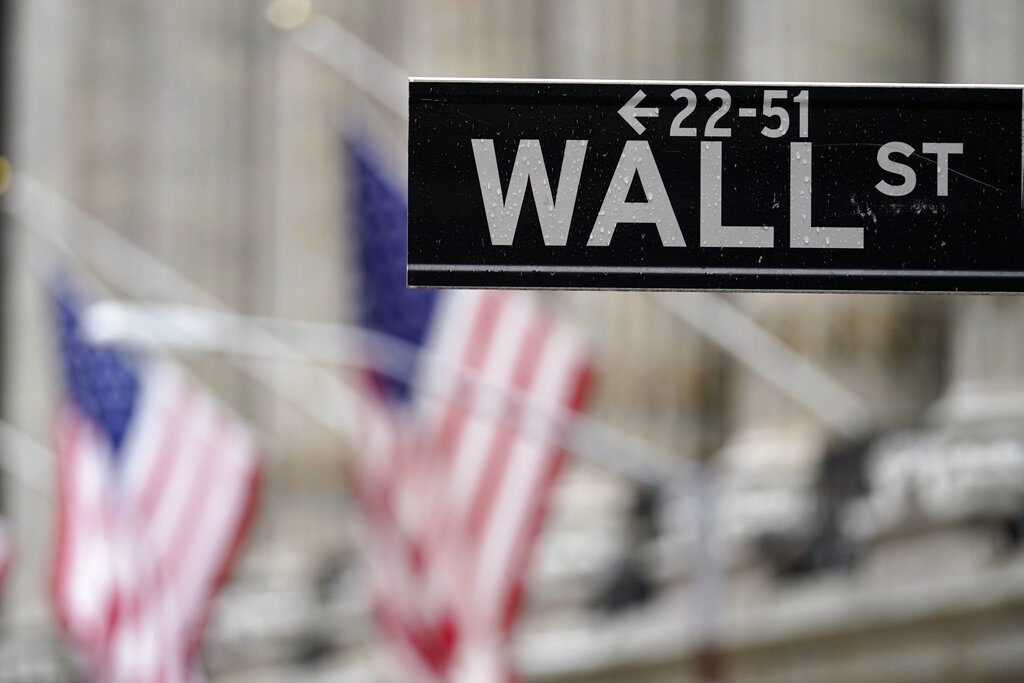 Stocks were mixed in midday trading Monday as a fall in technology stocks was offset by a rise in banks and other financial stocks.

The S&P 500 wobbled between small gains and losses. The Dow Jones Industrial Average rose 278 points, or 0.8%, to 35,056 as of 11:45 a.m. eastern. The technology-heavy Nasdaq was down 1.4%, dragged lower by the Big Tech companies that dominate that index like Apple, Google, Facebook and Amazon.

Markets are still reacting to Friday’s U.S. jobs report. The market’s most anticipated economic report of each month, the data showed employers added just 266,000 jobs in April, far fewer than the 975,000 economists were expecting. It was a steep drop from March’s hiring pace of 770,000.

The weak jobs number suggests the economy is still in recovery mode and bolsters the case for the Federal Reserve to keep interest rates low.

But keeping interest rates low means the potential for more inflation down the road. Commodity prices spiked in early trading before settling down. Copper rose 5% in the early going before reversing to a loss of less than 1%. Platinum, which has several industrial uses, was up 1.4%. Investors will get some key inflation data this week, especially on Wednesday when April’s consumer price index is released.

Though the employment market has been lagging the recovery, other measures show that the economy is pushing forward. Consumer confidence and retail sales have both been regaining ground as people get vaccinated and businesses reopen. Americans set a record for pandemic-era air travel on Sunday, according to The Transportation Security Administration.

Overseas, the British pound was up 1% and is poised to reach its highest level against the U.S. dollar in five years. The pound rose after Scotland’s elections showed the Scottish National Party came in short of a majority in Scottish Parliament, which dramatically reduces the chances of Scotland moving forward with a referendum to break away from the U.K.

Wholesale gasoline prices rose 1.5% after a cyber attack that shut down a U.S. pipeline that carries fuel from the Gulf Coast to the Northeast.