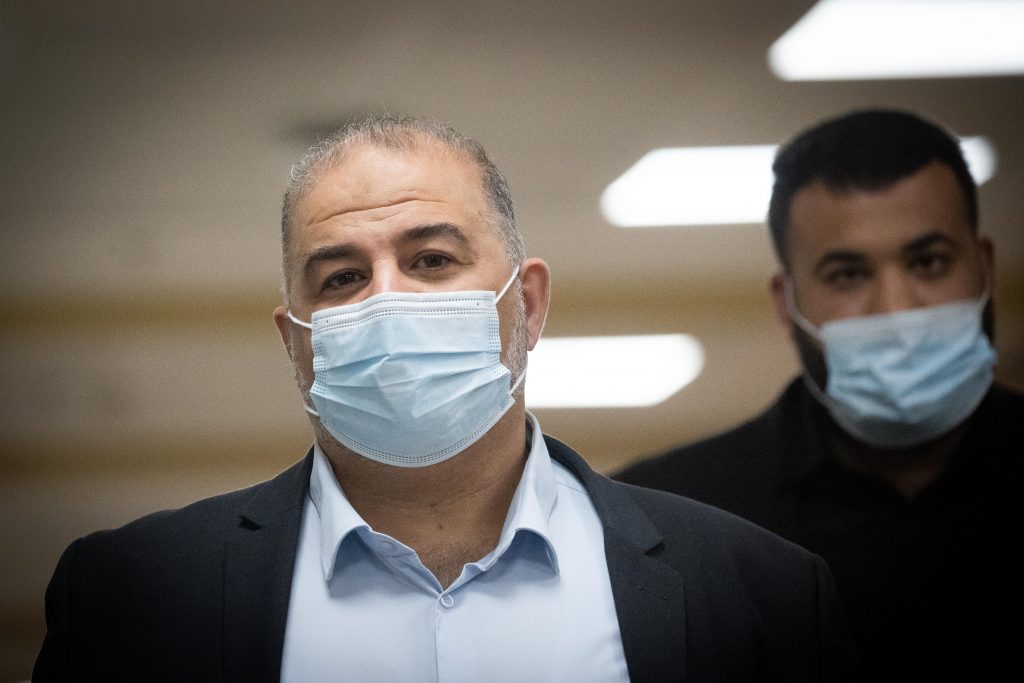 The Islamist Ra’am party has reportedly agreed Sunday night to back a unity government led by Yamina and Yesh Atid leaders Naftali Bennett and Yair Lapid, but will not be part of it.

In return, the government will honor a list of demands Ra’am tabled to the Likud party when Prime Minister Binyamin Netanyahu held the mandate, including the chairmanship of prominent Knesset committees and allocation of budgets aiming to tackle the issues facing Israel’s Arab sector, including crumbling infrastructure and high rates of poverty and crime.

Bennett and Ra’am leader Mansour Abbas met on Monday at Bennett’s office in Ra’anana in their second meeting in two weeks, at the end of which both parties reported significant progress in the talks.

Abbas is reportedly also interested in forming a government as fast as possible and his party will actively support it — meaning it would vote for the government to be formed rather than abstain as was planned under Netanyahu.

The two are slated to meet with Lapid on Tuesday to hammer out further details of the budding agreement.

In the meantime, the emerging government’s parties have yet to agree on the distribution of ministerial portfolios, but it is estimated that the gaps could be bridged quite easily.