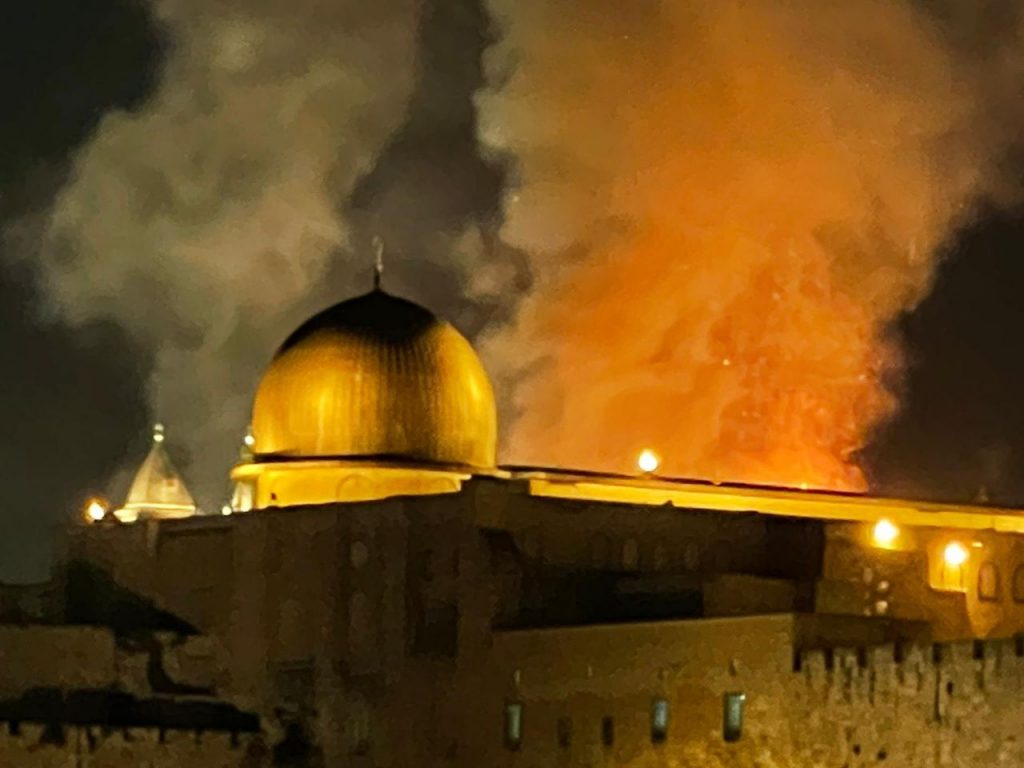 Palestinian protestors tossed Molotov cocktails onto trees on the Har Habayis near the Al Aqsa Mouque, setting them on fire and using it to enflame the Arab world over the incident.

Photos of the flames, with the mosque looming eerily in the background, were distributed to make it seem as if the Israeli government was setting the structure on fire, while in truth the building was never ablaze and the flames were caused by the Arabs protestors themselves.