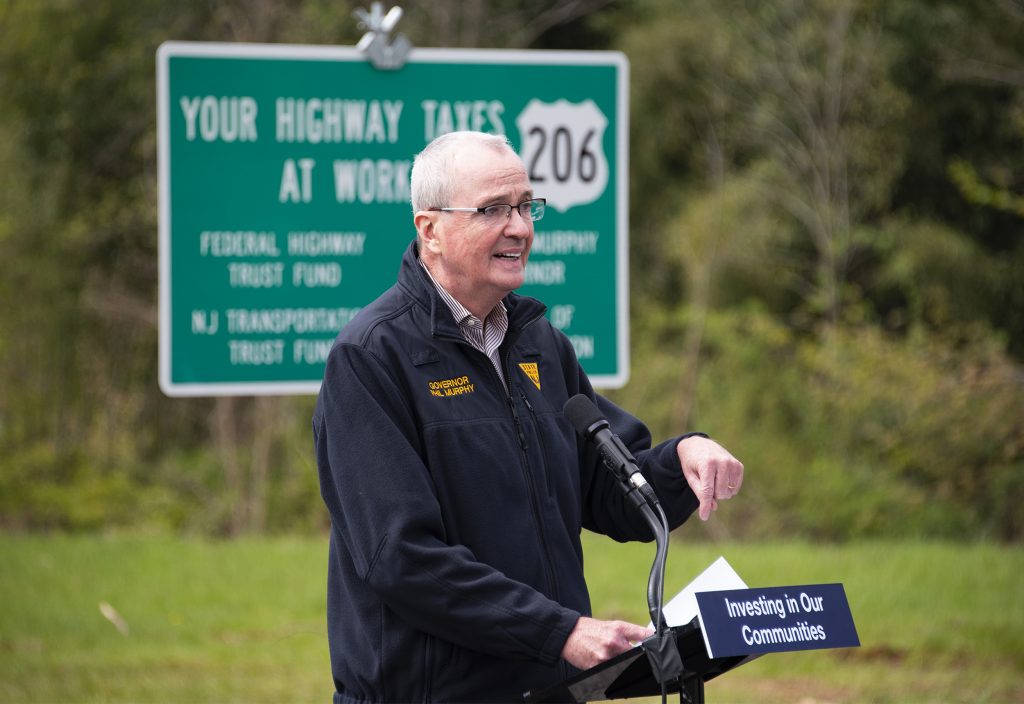 New Jersey Republicans will decide whether they want an outspoken supporter of former President Donald Trump to be their standard bearer in the fall election for governor, while Democratic incumbent Gov. Phil Murphy is on an easy path toward capturing his party’s nomination.

New Jersey’s June 8 primary is just a month away, with some clear contours already emerging.

Murphy is aiming to become the first Democrat since 1977 to win reelection in a state where Democrats now outnumber Republicans by more than 1 million voters. On the GOP side, many in the party have lined up behind Jack Ciattarelli, a one-time Assembly member, accountant and small business owner. Ciattarelli is focusing his attacks on Murphy, but he faces competition from candidates embracing Trump.

A closer look at how the race is shaping up:

Murphy won’t have any challenger on the ballot for the Democratic primary. State officials ruled that two would-be challengers filed faulty petitions to get on the ballot last month.

That means Murphy, who is the head of the Democratic Party in the state, will secure the nomination.

It also means he won’t have to burn cash to fend off attack and can instead focus on November.

A Monmouth University poll out Wednesday showed Murphy with a 57% approval rating, down from 71% at the height of the outbreak last year, but still in positive territory.

That poll surveyed 706 New Jersey adults and has a margin of error of plus or minus 3.7 percentage points.

If he wins in November, he’ll be the first Democrat to win reelection in more than four decades.

As governor, he has a pulpit during his usually twice-weekly COVID-19 livestreamed news conferences.

And despite some squabbles with fellow Democrats who control the Legislature, he has achieved a number of key campaign promises: phasing in a $15 minimum wage, enacting recreational marijuana legalization, raising taxes on millionaires, expanding gun control legislation and expanding paid family leave. A big unfished campaign promise is the establishment of a state bank.

Ciattarelli is the only one of the four Republicans running for governor to qualify for public matching funds. He has also received support from county Republican parties up and down the state.

Ciattarelli ran four years ago for governor, but lost the nomination to then-Lt. Gov. Kim Guadagno. He launched his campaign for governor almost as soon as Murphy took office in 2018.

Ciattarelli had been critical of former GOP Gov. Chris Christie and President Donald Trump. Still, in a GOP primary, he’s highlighted the support he received from Republican Rep. Jeff Van Drew, a Trump favorite who left the Democratic Party and fully embraced the president over his opposition of the first impeachment.

He’s focused much of his campaign squarely on Murphy, calling for reopening from pandemic closures sooner and making the state more affordable.

Also seeking the nomination are Hudson County pastor Phil Rizzo, who recently posted a photo of himself alongside Trump at Mar-a-Lago, Hirsh Singh, a former unsuccessful gubernatorial candidate in 2017, and Brian Levine, an accountant and former county elected official. Singh has also been a vocal Trump supporter. Levine has called for the party to stop arguing over Trump and focused reining in tax rates.

Based on the available public records, Murphy is leading the fundraising contest — by a lot. He’s brought in $3.4 million, according to the Election Law Enforcement Commission, and gotten $4.1 million in public matching funds.

Data for the other GOP candidates, who haven’t qualified for public funds, will become available later this month.

The matching fund program goes back to 1974 and allows candidates to get $2 in public cash for every $1 raised. Candidates must raise $490,000 to qualify for the funds. There’s a cap of $4.6 million and spending for candidates getting public money is limited to $7.3 million in the primary.