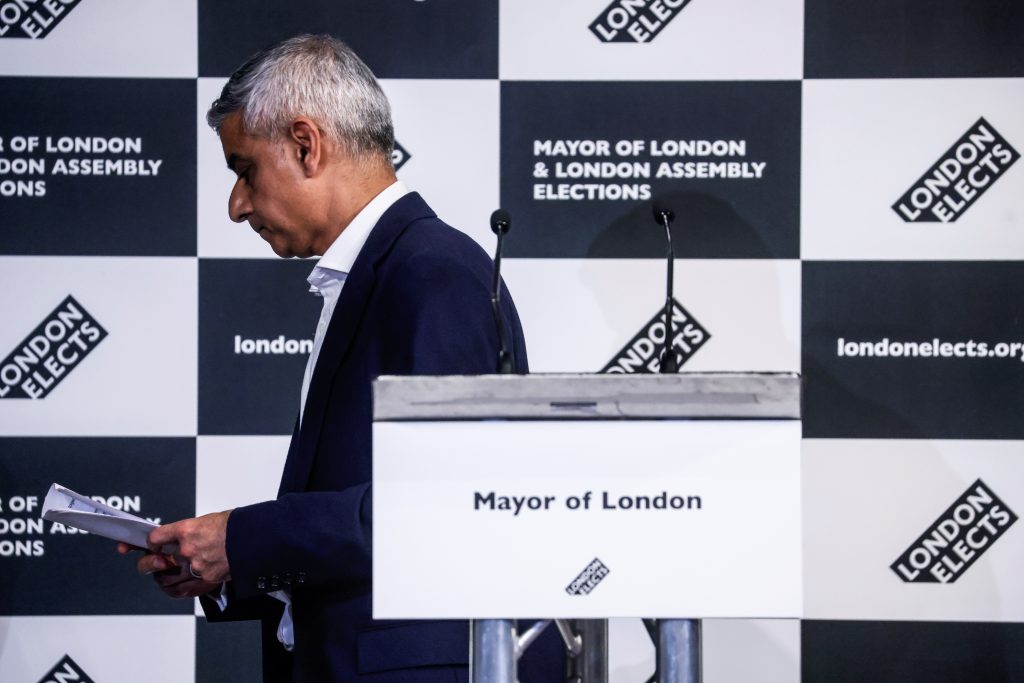 Sadiq Khan was re-elected London mayor on Saturday as had been widely expected, providing some joy to the opposition Labour Party, which has suffered a series of disappointing results in other local elections.

Khan, who became the first Muslim to head a major Western capital after his victory in 2016, saw off his main challenger, Shaun Bailey, the candidate from Prime Minister Boris Johnson’s Conservative Party.

He won by 55.2% to Bailey’s 44.8% in a result which had been widely predicted, although his winning margin was smaller than his victory five years ago.

“I am deeply humbled by the trust Londoners have placed in me to continue leading the greatest city on earth,” said Khan, who focused his campaign on creating jobs and boosting London’s tourism economy.

“I promise to strain every sinew to help build a better and brighter future for London after the dark days of the pandemic.”

Khan, a former member of Parliament who replaced Johnson as leader of the British capital with a population of almost nine million people, has faced criticism over rising violent crime in the capital, particularly stabbings involving teenagers.

His record on the issue and other security issues led to a series of angry Twitter spats with former U.S. President Donald Trump.

Khan’s success comes after a bruising set of results for Labour in local elections in its former heartlands in central and northern England – known as the party’s “Red Wall” – which followed a disastrous performance in the 2019 national vote.

While Johnson has enjoyed wide success elsewhere in England, the opposition party has become increasingly dominant in the British capital.

Analysts attribute this to the city’s younger, more ethnically diverse and more pro-European Union population, which, unlike most of England, overwhelmingly opposed Brexit.