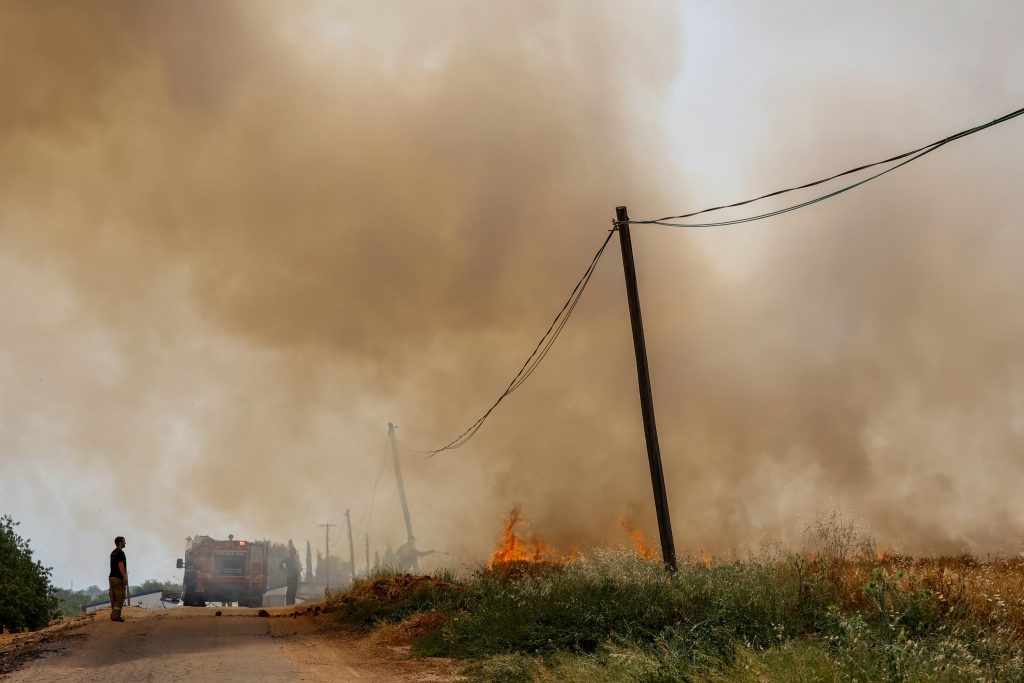 The Hamas terror group issued an ultimatum to Israel on Monday afternoon, warning that it will attack if Israel does not withdraw its security forces from the Temple Mount and the Eastern Yerushalayim Arab Sheikh Jarrah neighborhood by 6 p.m.

Hamas also called for detained Palestinians in the riots in Yerushalayim to be freed by that time.

The terror organization did not elaborate on its planned response, but the IDF announced that it is closing down a number of roads and sites around the Gaza Strip, as well as train service in the area, fearing that they may come under attack later in the day, after terror continues to spiral out of control in the Gaza region and in Yerushalayim.

The IDF halted train service between Be’er Sheva and Ashkelon, closed the Zikim beach just north of the Strip, and barred visitors from lookout points on hilltops near the Gaza border.

“We stress that you should not stop on the shoulders of the roadways during travel through the Gaza periphery for personal safety reasons,” the IDF said in a statement.

According to reports, hospitals across the country have been placed on high alert in the case of terror attacks, chalilah.

Also, following a situational assessment, the IDF Chief of the General Staff, Lt. Gen. Aviv Kochavi, has decided to suspend the “Chariots of Fire” exercise for the coming day, and has ordered the IDF to focus all efforts on preparations and readiness for escalation scenarios.