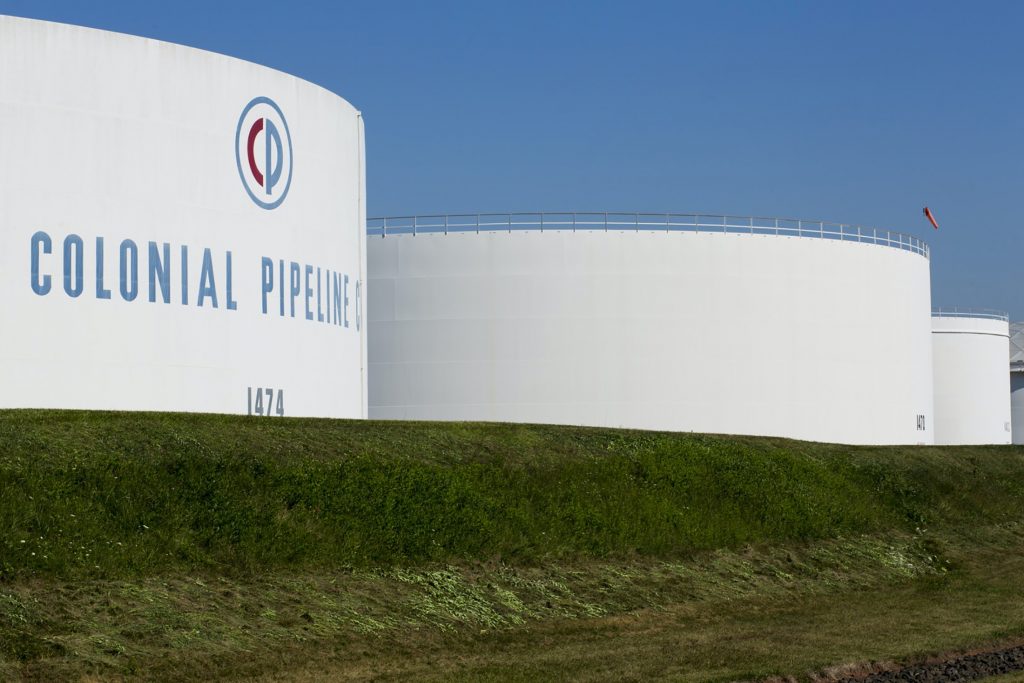 The U.S. government and the top U.S. fuel pipeline operator on Monday worked to secure the network that transports nearly half of the East Coast’s supplies as a shutdown to halt a ransomware cyberattack entered its fourth day.

The attack on Colonial Pipeline last week was one of the most disruptive digital ransom schemes ever reported and has sent shockwaves across the industry. The resulting shutdown has disrupted fuel supply across the eastern United States, triggered isolated sales restrictions at retail pumps and pushed benchmark gasoline prices to a three-year high.

U.S. lawmakers urged stronger protections for critical U.S. energy infrastructure, and the White House has made restarting the fuel network a top priority and organized a federal task force to assess the impact and avoid more severe disruptions.

The southeastern United States would likely be the first to see price increases at retail pumps, and demand has already picked up as drivers fill regional storage tanks. The southeast is the most dependent on the line and has fewer alternatives than states further north, and has seen prices spike during previous shutdowns.

“My biggest concern, as far as the consumer goes, is that you end up with a run on the gasoline supplies at the gas station, further exacerbating what is happening at the terminals,” said Andrew Lipow, president of consultants Lipow Oil Associates LLC.

While the U.S. government investigation into the attack is in its early stages, a former U.S. official and three industry sources said the hackers are suspected to be a cybercriminal group called DarkSide.

Cybersecurity experts said the group appears to be composed of veteran cybercriminals focused on squeezing as much money as they can from their targets.

Colonial said on Sunday it restarted some smaller lines between fuel terminals and customer delivery points but its main lines remained shut. It did not provide a timeline for a full restart of the 5,500-mile system.

The pipeline system is the primary fuel artery from Gulf Coast refineries to Mid-Atlantic and southeast states. It moves over 2.5 million barrels per day (bpd) of gasoline, diesel and jet fuel, supplying motorists and major airports.

The Department of Transportation announced emergency measures on Sunday to facilitate deliveries, lifting driver restrictions on fuel haulers in 17 states affected by the shutdown. It could take additional measures if the outage continues.

The line supplies jet fuel to major airports including the nation’s busiest, Hartsfield-Jackson International in Atlanta. The airport expects the outage to be resolved before any impact on flights, a spokesman said.

An alternative, smaller conduit that serves the same region has already filled. Kinder Morgan Inc’s 720,000-bpd fuel pipeline had been working with customers to take on additional volumes since Friday and reached full capacity for May on Sunday, a spokeswoman for the company told Reuters.

If the disruption stretches on, fuel suppliers would need to use trucks and rail to transport fuel to compensate.

“A Herculean effort would be needed from other sources to make up the shortfall [in the East Coast] if the pipeline disruption is prolonged,” RBC Capital Markets wrote in a note.

Gulf Coast refiner Valero Energy chartered a tanker to store fuel offshore that it is unable to pump through the pipeline, and other refiners were looking to do the same, market participants said.