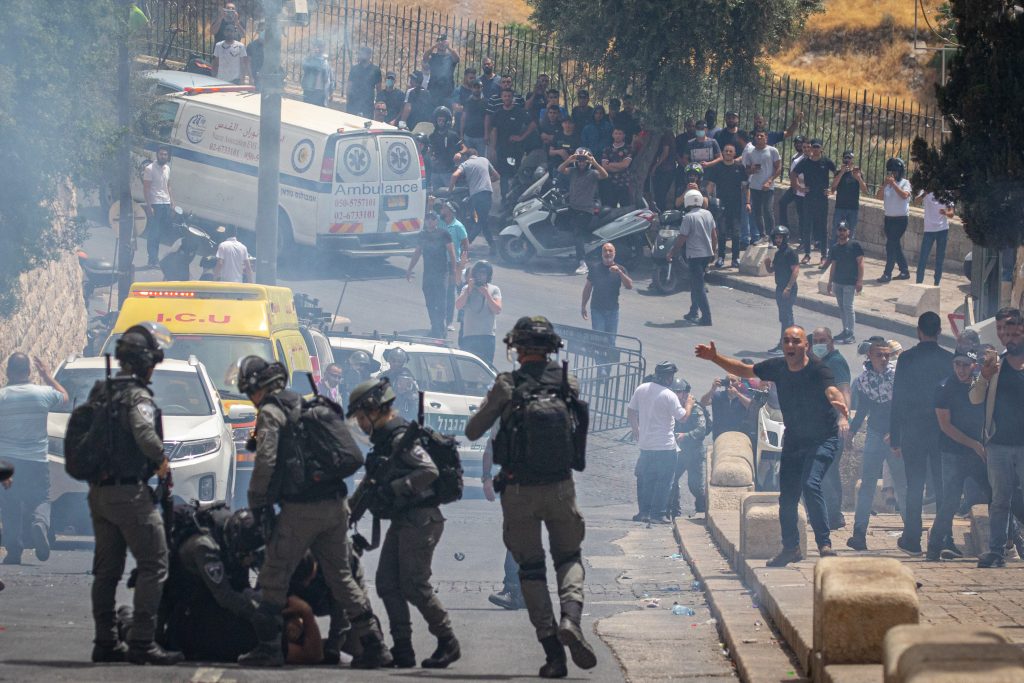 Due to tensions in Eastern Yerushalayim over the past weeks, it was announced that the annual flag parade to mark Jerusalem Day will be rerouted to avoid passing through Shaar Shechem (Damascus Gate).

Police stressed that during the day they tried to de-escalate the tensions by preventing Jews from ascending to Har HaBayis. It did not, however, stop violent clashes from erupting, with Palestinians hurling stones at the officers.

The police said at least 21 officers were wounded in clashes, three of whom were hospitalized.

On Sunday, security officials urged the government to rethink the annual parade in wake of the unrest or at least reconsider the route and the number of marchers.

Meanwhile, the Security Cabinet is set to meet on Monday afternoon to discuss heightened tensions amid clashes in Yerushalayim and Yehudah and Shomron, as well as the rockets and incendiary balloons launched from the Gaza Strip.