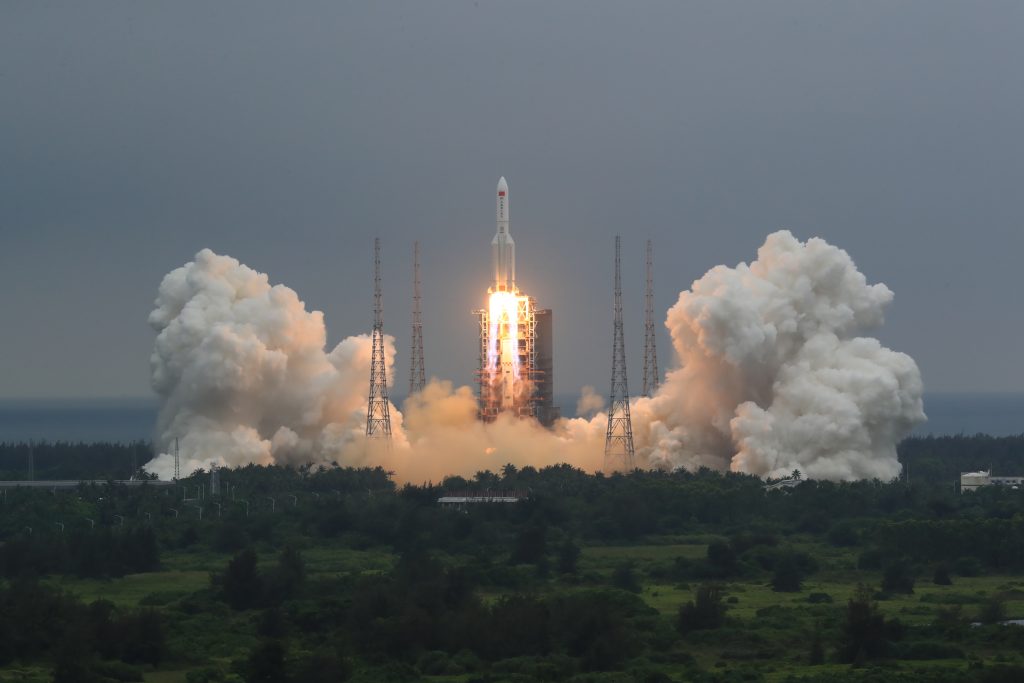 China’s government defended its handling of a rocket booster that burned up over the Indian Ocean and said Monday it was unfairly being held to different standards than the U.S. and other space programs.

The administrator of the American space agency and others accused Beijing of acting recklessly by allowing its rocket to fall to Earth seemingly uncontrolled Sunday after carrying a space station into orbit.

The Chinese space agency said most of the 30-meter (100-foot) long main stage of the Long March 5B rocket burned up above the Maldives.

“China has been closely tracking its trajectory and issued statements on the re-entry situation in advance,” Foreign Ministry spokesperson Hua Chunying said. “There has been no report of harm on the ground. China also shares the results of re-entry predictions through international cooperation mechanisms.”

The rocket carried the main section of the Tianhe, or Heavenly Harmony, space station into orbit on April 29. China plans 10 more launches to complete construction of the station.

Hua, the Chinese spokesperson, complained that Beijing was being treated unfairly. She pointed to the reaction to debris from a rocket launched by U.S. aerospace company SpaceX that fell to Earth in Washington and on the Oregon coast in March.

“American media used romantic rhetoric like ‘shooting stars lighting up the night sky,’” she said. “But when it comes to the Chinese side, it’s a completely different approach.”

“We are willing to work with other countries including the United States to strengthen cooperation in the use of outer space, but we also oppose double standards on this issue,” Hua said.