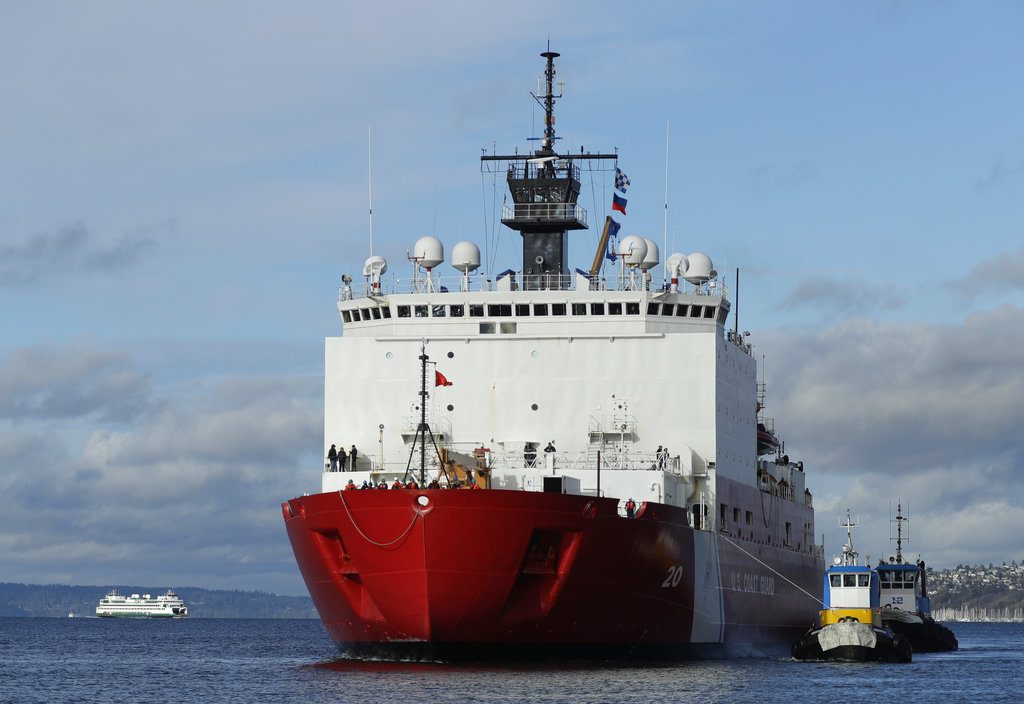 The Biden administration is facing a power struggle with China and Russia in a new realm: the Arctic.

The region has long been overlooked as the world powers focus on tension points such as Ukraine or North Korea, but the Arctic has become an area of increasing strategic importance.

Full of natural resources and gas reserves, the Arctic had the potential to become a major northern shipping route as ice floes melt, Fox News reported.

But to travel through requires sophisticated, specially outfitted ships known as “icebreakers” which can push through the ice floes that would otherwise trap less powerful ships.

China has three icebreakers and is building more. Russia has dozen. The United States Coast Guard has two, and one is 40 years old.

“It doesn’t look very good right now. It hasn’t looked very good for the last 10 years, 20 years actually, at this point,” Nick Solheim, the founder of the Wallace Institute for Arctic Security, said.

China is investing in Norwegian companies and tried to buy Canadian mines and build airports in the Danish territory of Greenland, all countries that are considered Arctic states. Russia has expanded its military capabilities, building runways  near the Arctic and increasing airforce flights over the region. In a public video, three Russian nuclear submarines were shown crushing their way through the Arctic ice.

The United States is making efforts to increase its capabilities in the Arctic; it has purchased another icebreaker, aimed to be delivered by 2024, and hinted more may be coming.

Rear Admiral John Mauger, the Coast Guard’s assistant commandant for capability, told Fox that the new icebreakers will increase the “ability to operate in year-round conditions in the polar region…when we get this class built and operating we will more than double our capacity for operations under those condition.”

The Coast Guard, in cooperation with Canada, is sending an icebreaker to Greenland though Canadian islands this summer, and held joint exercises with France, Denmark and Canada in the Arctic last year.