Israel Netanyahu: Israel Will Not Allow Terrorists to Disrupt Calm in Yerushalayim
Israel 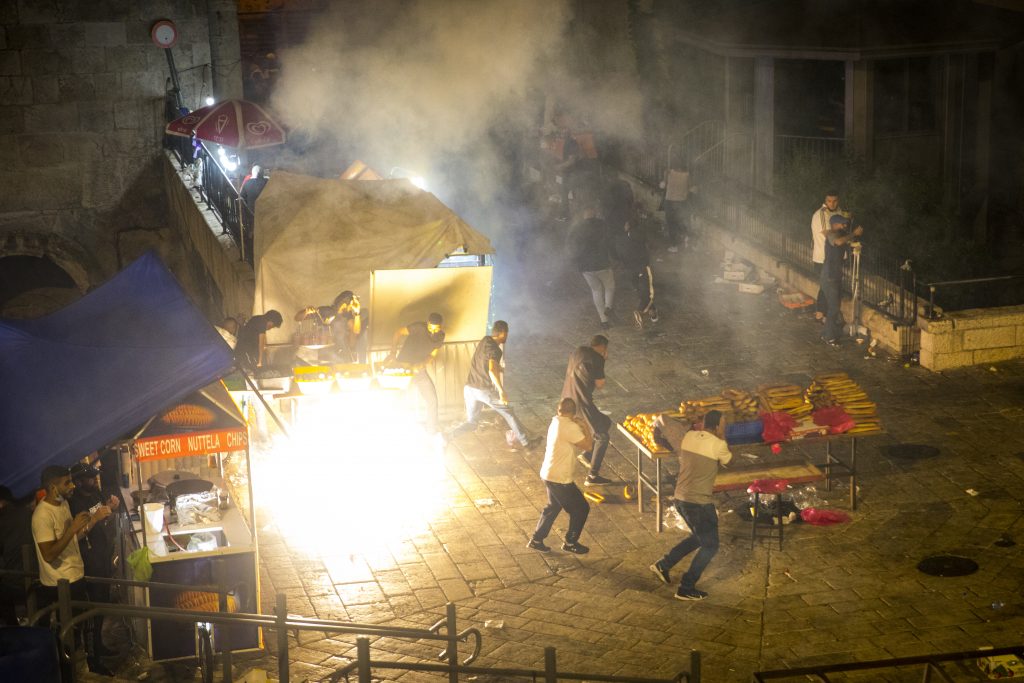 Israel “firmly rejects” pressure not to build in Yerushalayim, Prime Minister Binyamin Netanyahu said on Sunday following days of unrest and spreading international condemnation of planned evictions of Palestinians from homes in the city.

Tensions over Sheikh Jarrah neighborhood in Eastern Yerushalayim have stoked daily confrontations. Washington said Saturday it was “deeply concerned” and wanted “authorities to approach the residents … with compassion and respect.”

“We firmly reject the pressure not to build in Yerushalayim. To my regret, this pressure has been increasing of late,” Netanyahu said during an address ahead of national commemorations of Jerusalem Day.

On Motzoei Shabbos, Palestinian youth threw stones, lit fires and tore down police barricades in the streets leading to the Old City gates as officers on horseback and in riot gear used stun grenades and water cannons to repel them.