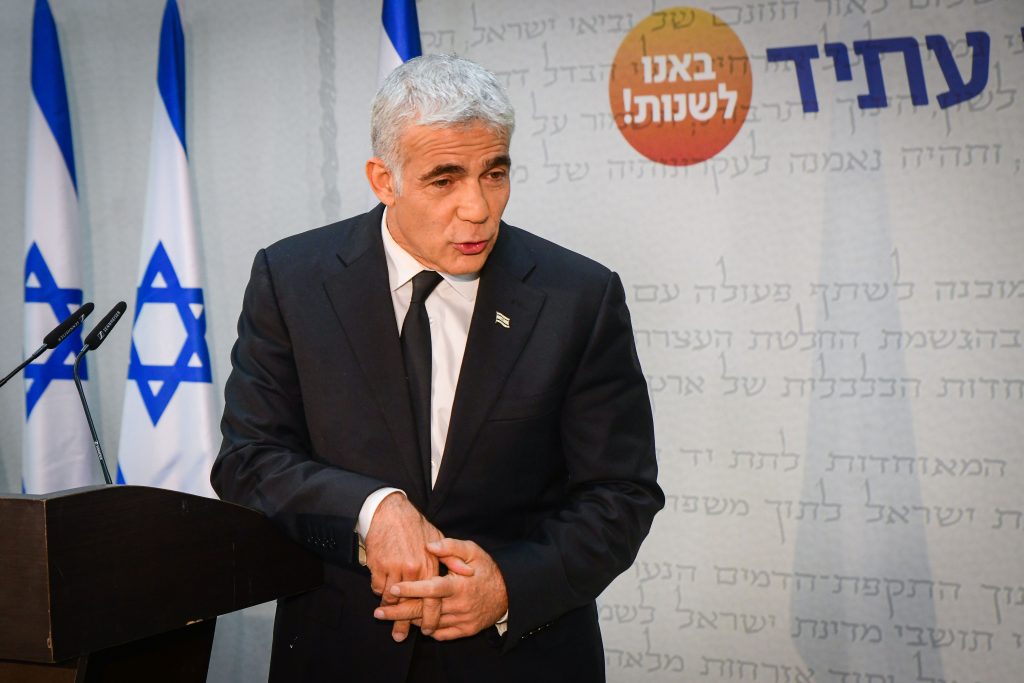 Israel could have a new government by Tuesday—if efforts to expedite negotiations succeed, according to The Times of Israel citing sources in the so-called “change bloc” on Sunday.

While they still have most of the 28 days allotted for forming a new government, fears that Yamina MKs might not withstand pressure from Prime Minister Binyamin Netanyahu‏‏ to leave the bloc are said to be propelling a faster solution of inter-party differences.

Last week, Yamina MK Amichai Chikli came out against making a coalition with such ideological opponents as Yesh Atid, Labor and Meretz. But subsequently other Yamina members, including the party’s No. 2, Ayelet Shaked, are sticking with chairman Naftali Bennett, who says the unity government could be a viable alternative to Netanyahu.

Lapid and Bennett’s negotiating teams held marathon talks on Motzei Shabbos, during which “significant progress” was made, the Kan public broadcaster reported. The network also said that the two hope to finalize matters by Monday.

According to the report, they have reached agreement on general principles, but are still haggling over the distribution of ministries and Knesset posts.

Arguments persist, however, over who will take the defense, justice and education ministries.

On Sunday night, Ynet reported that the Islamist Ra’am party is expected to back a unity government led by Yamina and Yesh Atid, but will not sit at the coalition table.

In return, the government will accept the list of demands Ra’am made to Prime Minister Netanyahu’s Likud party, according to the report.

Bennett met earlier today with Abbas, and Channel 12 news says the two are expected to sit down again tomorrow with Lapid.