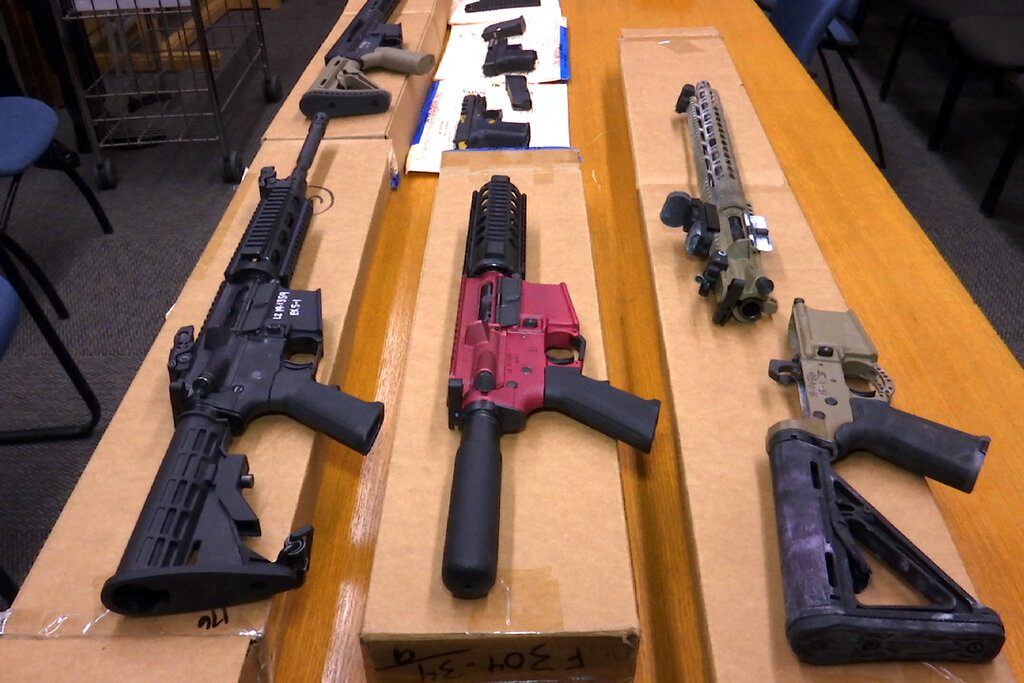 The Justice Department on Friday released a proposed rule that would broaden the definition of a firearm, requiring some gun-making kits to include a serial number as the Biden administration moves forward to combat so-called “ghost guns.”

It comes several weeks after President Joe Biden promised a crackdown on “ghost guns,” homemade firearms that lack serial numbers used to trace them and are often purchased without a background check.

For years, federal and local law enforcement officials have been sounding the alarm about what they say is a loophole in federal firearms law, allowing people who are generally prohibited from owning guns to obtain them by making the weapons themselves. Ghost guns have increasingly been turning up at crime scenes and being purchased from gang members and other criminals by undercover federal Alcohol, Tobacco, Firearms and Explosives agents.

The Justice Department estimates that more than 23,000 weapons without serial numbers were seized by law enforcement from 2016 to 2020 and were identified in connection with 325 homicides or attempted homicides.

It’s legal to build a gun in a home or a workshop, and advances in 3-D printing and milling have made it easier to do so. Ready-made kits can be purchased for a few hundred dollars online without the kind of background check required for traditional gun purchases.

But under the proposed rule, retailers would be required to run background checks before selling some of those kits that contain the parts necessary for someone to readily make a gun at home.

The rule sets forth several factors to determine whether the unfinished receivers could be easily convertible into a finished firearm, a senior Justice Department official said. If they meet that criterion, manufacturers would also be required to include a serial number, the official said. The rule also would require serial numbers to be added to homemade, unserialized weapons that are traded in or turned into a federal firearms dealer.

The official could not discuss the matter ahead of a public announcement and spoke to the AP on condition of anonymity. Once the proposed rule is published in the Federal Register, the public will have 90 days to submit comments.

The critical component in building an untraceable gun is what is known as the lower receiver, a part typically made of metal or polymer. An unfinished receiver — sometimes referred to as an “80% receiver” — can be legally bought online with no serial numbers or other markings on it, no license required.

Converting the piece of metal into a firearm is relatively simple and takes only a few hours. A drill press or a metal cutting machine known as a Computer Numeric Control, or CNC, is used to create a few holes in the receiver and well out a cavity. The receiver is then combined with a few other parts to create a fully functioning semi-automatic rifle or handgun.

“Criminals and others barred from owning a gun should not be able to exploit a loophole to evade background checks and to escape detection by law enforcement,” Attorney General Merrick Garland said in a statement. “This proposed rule would help keep guns out of the wrong hands and make it easier for law enforcement to trace guns used to commit violent crimes, while protecting the rights of law-abiding Americans.”