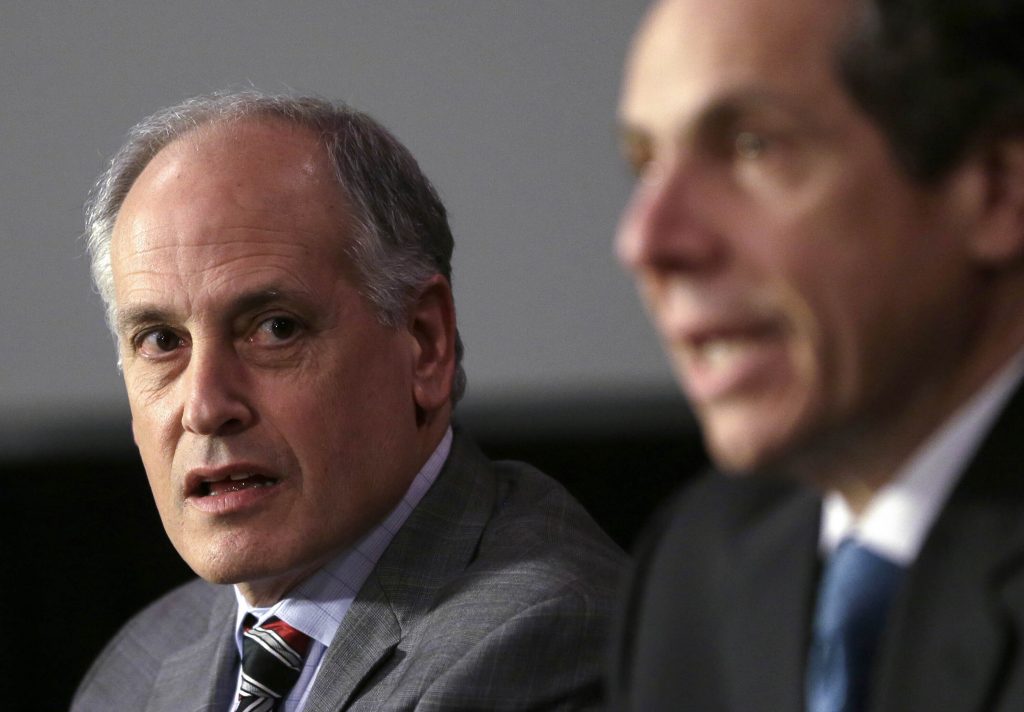 Investigators looking into harassment allegations against New York Gov. Andrew Cuomo interviewed county officials about his “vaccine czar” calling them to assess their support for the embattled governor.

The Wall Street Journal reported Saturday that investigators with the state attorney general’s office interviewed at least three Democratic county executives who say Larry Schwartz called to gauge their loyalty to the governor and whether they would urge him to resign.

One county executive was disturbed by the call and complained to the state attorney general’s office, according to reports published in March in The New York Times and The Washington Post. The executive, who hasn’t been named, feared the county’s vaccine supply could suffer if the executive did not indicate support for Cuomo, The Post reported.

Another county executive, Mark Poloncarz of Erie County, told The Journal he spoke with investigators on March 30 and told them that he didn’t feel Schwartz was trying to pressure him.

Investigators also spoke with Suffolk County Executive Steve Bellone. He has said publicly that he told Schwartz he favored an independent investigation into Cuomo’s conduct and that Schwartz did not talk about vaccines during their conversation.

Schwartz has acknowledged making calls to county executives but said he “did nothing wrong” and denied discussing vaccines during those conversations.

The state attorney general’s office declined comment. Cuomo’s office referred to a statement that Beth Garvey, acting counsel to the governor, issued on the matter in March. In it, she said that allegations Schwartz acted unethically or against the interests of New Yorkers was “patently false.”

“Larry’s conversations did not bring up vaccine distribution — he would never link political support to public health decisions,” Garvey said. “Distorting Larry’s role or intentions for headlines maligns a decades long public servant who has done nothing but volunteer around the clock since March (2020) to help New York get through the COVID pandemic.”

Schwartz, an executive at a company that runs restaurants and other services at major airports, resigned from his volunteer “czar” position last week ahead of a change in state rules that would’ve barred him from lobbying governor’s office for two years if he stayed on.

Schwartz served as secretary to the governor from 2011 until 2015 and remains a member of the board of directors at the Metropolitan Transportation Authority.

The three-term governor has rejected calls for his resignation from fellow Democrats, including New York’s two U.S. senators, Chuck Schumer and Kirsten Gillibrand. He has asked New Yorkers to await the results of James’ probe.

James’ office also is investigating whether Cuomo broke the law by having members of his staff help write and promote his book about leadership during the pandemic. James’ office confirmed last month that it received a referral letter from Comptroller Tom DiNapoli regarding the book but declined further comment, citing an “ongoing investigation.”