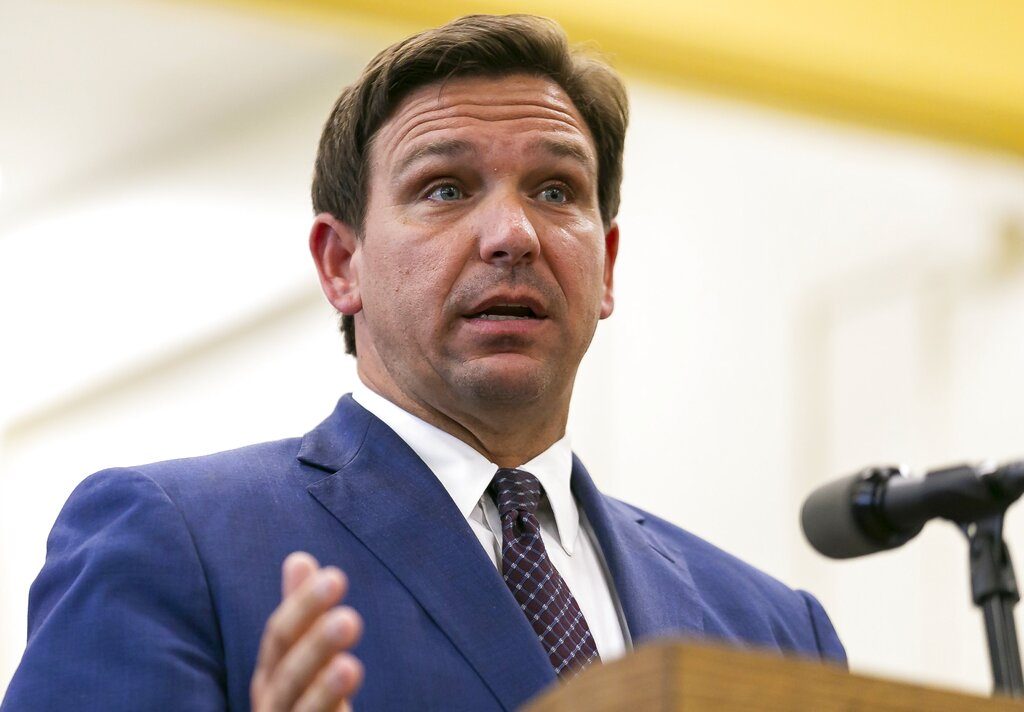 Florida Gov. Ron DeSantis signed a sweeping elections bill into law Thursday that he and other Republicans said would place guardrails against fraud, even as they acknowledged there were no serious signs of voting irregularities last November. Democrats and voter rights advocates said the partisan move will make it harder for some voters to cast ballots.

The Republican governor signed the freshly passed legislation ahead of his impending announcement that he’ll run for reelection in the nation’s largest battleground state.

DeSantis said the new law puts Florida ahead of the curve in preventing any potential fraud.

“Right now I have what we think is the strongest election integrity measures in the country,” the governor said as he signed it. “We’re also banning ballot harvesting. We’re not going to let political operatives go and get satchels of votes and dump them in some drop box.”

Republicans have previously said they know of no such problems in Florida, and elections supervisors across the state did not ask for any of the changes, warning that some of the new rules may prove cumbersome and expensive to implement.

Democrats and voter advocates have assailed the law as a blatant attempt to impede access to the polls so that Republicans might regain an advantage.

“The legislation has a deliberate and disproportionate impact on elderly voters, voters with disabilities, students and communities of color. It’s a despicable attempt by a one-party-ruled legislature to choose who can vote in our state and who cannot. It’s undemocratic, unconstitutional, and un-American,” said Patricia Brigham, president of the League of Women Voters of Florida.

While Georgia has become the current flashpoint of the national battle over elections laws, other states — led by Republicans still unsettled by then-President Donald Trump’s loss in November — have moved to rewrite elections laws.

The Georgia law requires a photo ID in order to vote absentee by mail, after more than 1.3 million Georgia voters used that option during the COVID-19 pandemic. It also cuts the time people have to request an absentee ballot and limits where ballot drop boxes can be placed and when they can be accessed.

Some of the changes in Florida’s election rules contain similar provisions. Democrats acknowledge that the Florida law won’t be as draconian as the one recently adopted by its neighbor to the north.

The GOP-controlled Florida Legislature passed the law without a single Democratic vote, even as Florida Republicans have hailed their state as a model for conducting elections. This disconnect has confounded Democrats, voter rights groups and statewide elections officials who see no need for the changes.

But Republicans countered that the new law is a preemptive move against those who would undermine the sanctity of the ballot box, even if they could not cite specific instances of widespread fraud. Republicans argue that the new rules do nothing to keep people from voting.

The newly signed law restricts when ballot drop boxes can be used and who can collect ballots — and how many. To protect against so called “ballot harvesting,” an electoral Good Samaritan can only collect and return the ballots of immediate family and no more than two from unrelated people. Under the new rules, drop boxes must be supervised and would only be available when elections offices and early voting sites are open.

It requires that a voter making changes to registration data provide an identifying number, possibly a driver’s license number or a partial Social Security Number.

The governor’s signature extends a no-influence zone to 150 feet (50 meters) around polling places. And elections officials would have to let candidates and other observers witness some key election night moments in the ballot-handling process. Any violations could prompt hefty fines.

DeSantis had pushed Republican lawmakers to deliver the sweeping rewrites of rules on voting by mail and drop boxes, and to impose new layers of ID requirements for routine changes to a voter’s registration record.

However, the proposals signed into law did not include some of the more severe provisions initially put forward by some Republicans, including the outright banning of drop boxes and preventing the use of the U.S. Postal Service for returning completed ballots.

Spurred by concerns that the pandemic would keep voters from voting on Election Day last year, the Democratic Party urged people to vote early and through the mail.

The result: Florida Democrats outvoted Republicans by mail for the first time in years as a record 4.9 million Floridians voted by mail. Democrats cast 680,000 more mail ballots than Republicans did.

In the past, an application for a vote-by-mail ballot covered two general election cycles. The new law requires voters who want an absentee ballot to apply for one every cycle. Republicans had initially proposed making this retroactive, which would have immediately erased the Democratic advantage, but they backed off that move in the final version.