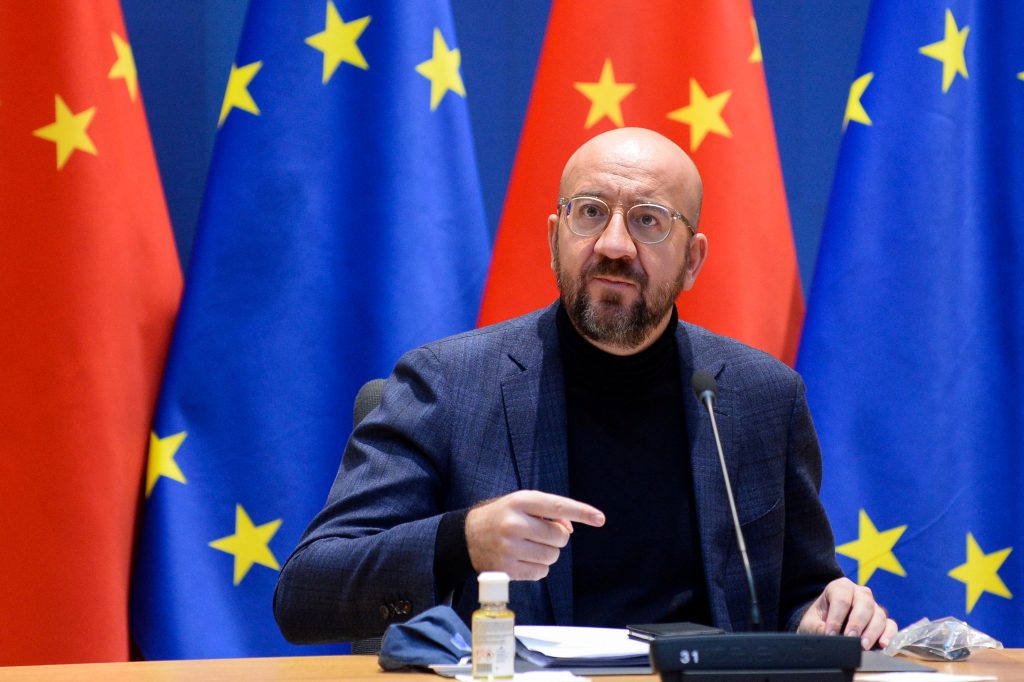 A trade agreement between the United States and the European Union would “make a lot of sense,” German Chancellor Angela Merkel said in a speech in which she welcomed the United States’ return to the multilateral fold under President Joe Biden.

German enthusiasm for a trade deal and stronger transatlantic ties may have to contend with a more cautious approach in France, where President Emmanuel Macron has made a priority of reducing European reliance on rival superpowers.

Merkel said that while Germany had no interest in a world divided into camps as it was in the Cold War, it was good that the United States, Europe’s “most important ally”, stood alongside Europe in rivalries with China and Russia.

“I have always supported a trade agreement between the United States of America and the European Union,” she told a Berlin conference on the future of transatlantic ties.

“We have trade agreements with so many of the world’s regions. It would make a lot of sense to develop such a trade agreement here, similar to what we have done with Canada,” she added.

Merkel’s transatlantic coordinator Peter Beyer told Reuters in February that Germany and the new U.S. administration should “think big” and aim for an ambitious agenda including a trade deal to abolish industrial tariffs and a WTO reform to increase pressure on China.

The European Union has put reform of the World Trade Organization at the heart of its trade strategy for the next decade, saying global rules on commerce must be greener, take more account of state subsidies and be enforced.

The EU itself feels bruised by trade wars, Brexit and what it sees as unfair competition from China, which it perceives as a “systemic rival,” and is taking more assertive measures to enforce global trade rules and ensure a level playing field.

Merkel said that despite issues with its ratification in the EU, the bloc’s planned investment agreement with China, the comprehensive agreement on investment (CAI), is a “very important undertaking, because it gives us more reciprocity in market access”.

At the same time, it was necessary to address “the whole range of issues” with China, including its human rights record, she added.

The EU executive has hailed the CAI, struck at the very end of 2020, as a means to secure better access for European companies to Chinese markets and redress unbalanced economic ties.

But concerns over China’s human and labor rights record and skepticism from the United States had already cast doubt on the deal’s approval process even before Chinese blacklisting of five members of the European Parliament in tit-for-tat sanctions.