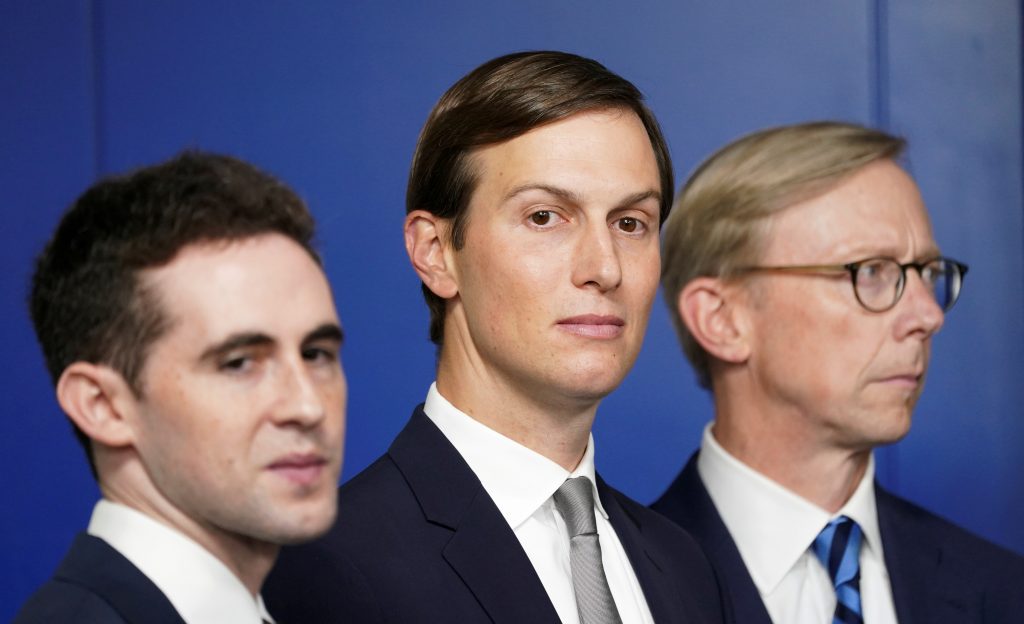 Jared Kushner is forming a group to promote relations between four Arab states and Israel, normalized under agreements he helped broker as a top adviser to his father-in-law, former President Donald Trump, the group said on Wednesday.

Kushner, who is married to Trump’s daughter, is writing a book about his experience in helping broker the deals. He will be joined in the new group by former U.S. envoy Avi Berkowitz and ambassadors to the United States from Bahrain, the UAE and Israel.

Israeli-American businessman Haim Saban, a contributor to Democratic causes, was also listed as part of the effort in a statement by the group, which described itself as non-partisan. The founders “intend to add additional Democrats to the group as well as international advisers from the region,” it said.

The Arab countries’ agreements with Israel were opposed by the Palestinians, who say they violate pledges from Arabs not to make peace until Israel withdraws from “occupied lands.”

President Joe Biden, a Democrat who defeated the Republican Trump in an election in November, has said he aims to strengthen and expand the agreements, a position he repeated on Tuesday in a phone call with the UAE’s powerful Crown Prince of Abu Dhabi.