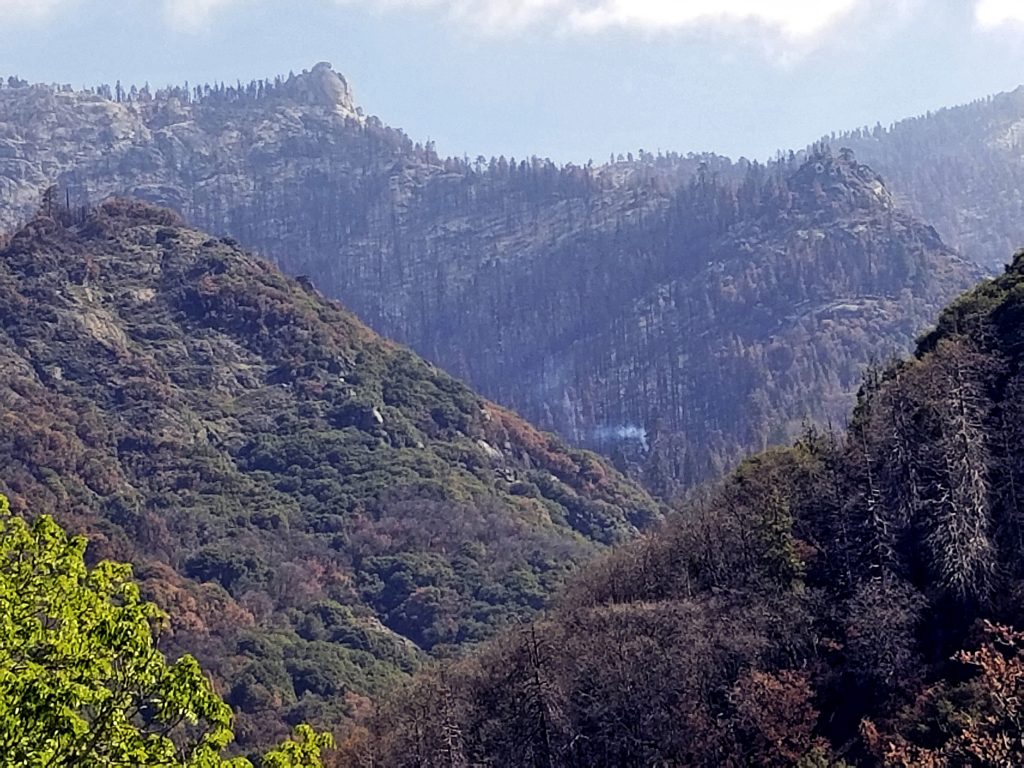 A giant sequoia has been found smoldering and smoking in a part of Sequoia National Park that burned in one of California’s huge wildfires last year, the National Park Service said Wednesday.

“The fact areas are still smoldering and smoking from the 2020 Castle Fire demonstrates how dry the park is,” said Leif Mathiesen, assistant fire management officer for Sequoia and Kings Canyon National Parks in central California. “With the low amount of snowfall and rain this year, there may be additional discoveries as spring transitions into summer.”

The smoldering tree was found recently by scientists and fire crews surveying the effects of the blaze, which was ignited by lightning last August and spread over more than 270 square miles (699 square kilometers) of the Sierra Nevada. It took five months to fully contain.

Most of California is deep in drought, with severe to extreme conditions in the mountain range that provides about a third of the state’s water. On April 1, when the Sierra Nevada snowpack is normally at its peak, its water content was just 59% of average, according to the state Department of Water Resources.

The dryness could set the stage for a repeat of last year, when wildfires, many of them ignited by thousands of dry lightning strikes, burned a record 6,562 square miles (16,996 square kilometers) in the nation’s most populated state.

With drought conditions dire across the American West, AccuWeather predicted an above-average 2021 wildfire season in a forecast released Wednesday.

According to AccuWeather senior meteorologist Dave Samuhel, fires are projected to burn 14,844 square miles (38,445 square kilometers) of land across the Western U.S.

“Unfortunately, in a nutshell, it looks like it’s going to be another busy season,” he said in a statement. “We’re seeing a lot of drought. Almost half of the country is experiencing drought, and the bulk of that is to the West.”

A possible exception could be Southern California, where lack of rain has stunted spring growth that would eventually dry out and can become fuel for fires.

“Since it was a dry winter there, that means there wasn’t a lot of new grass that grew,” Samuhel said. “So that could reduce the wildfire threat a little bit, at least in that area.”

In Sequoia National Park, officials said the burning giant sequoia is well within fire lines and there are no threats to life or property. The tree is in the Board Camp Grove, and there is no direct access via any trail system.