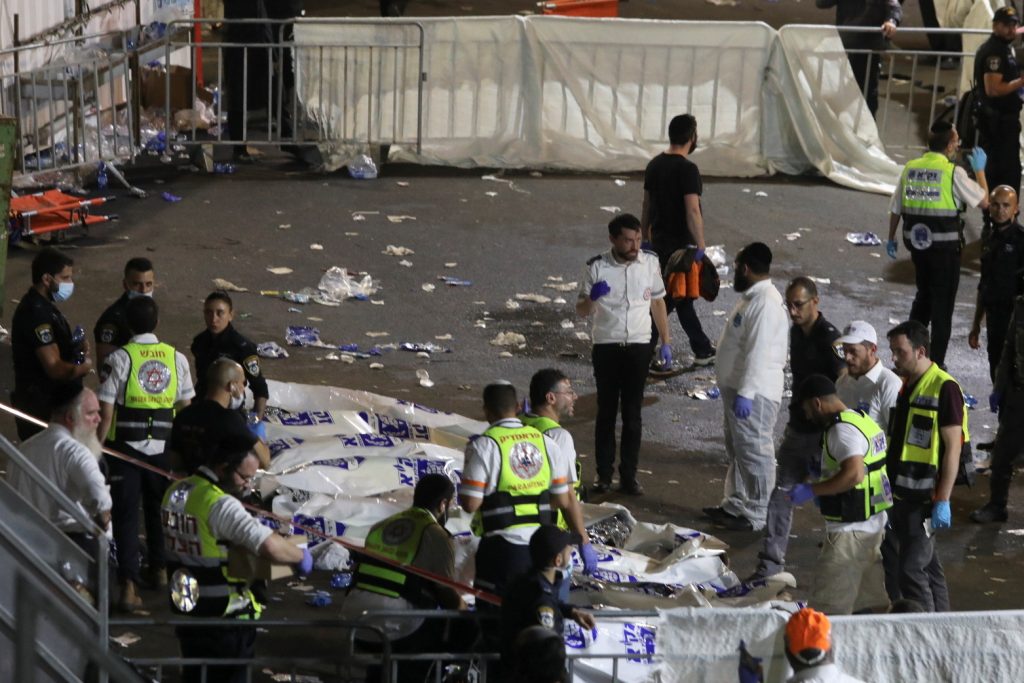 Four days after the Meron tragedy, the Health Ministry conducted an investigation with hospital administrators into the emergency response and evacuation of those wounded at the event.

At the meeting held Tuesday morning with emergency department representatives, the evacuation of the wounded to Ziv Hospital in Tzfas, an action which the Ministry of Health said it was not certain was necessary, was investigated.

Also in the spotlight were the helicopter landing pads in Sheba, Ichilov and Beilinson hospitals, that were deemed unfit for landing, necessitating the evacuation of the wounded to Yerushalayim. A representative of the Emergency Department warned that the problem with the helipads would continue to pose a problem in the future.

Although the medical systems in place were shown to be satisfactory, it was noted that new procedures need to be incorporated in all areas, field treatment, triage and direction of patients to hospitals, hospital preparation, community medicine and the functioning of the Abu Kabir Institute of Forensic Medicine.

The Emergency Department also recommended an in-depth investigation into the triage of casualties and their destinations, to understand how it is carried out, who decides on it and how helicopter evacuations are carried out.