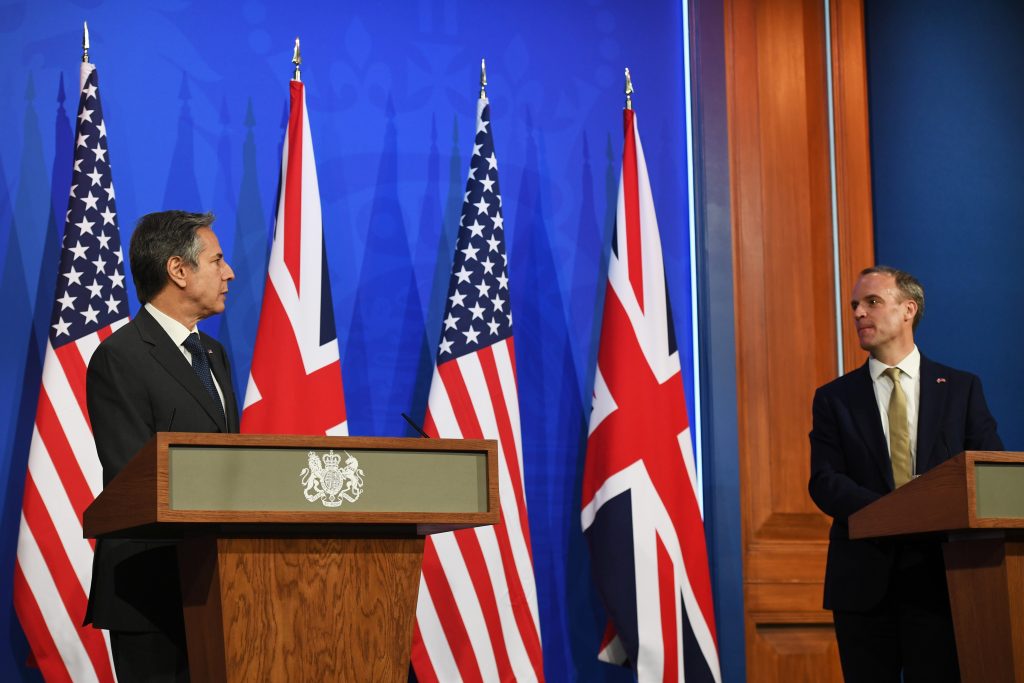 Britain will on Tuesday seek to agree on decisive action from G-7 partners to protect democracies against global threats like those posed by China and Russia.

Hosting the second day of a foreign ministers’ meeting in London designed to lay the groundwork for a leaders’ summit in June, Raab will lead talks among the Group of Seven wealthy nations on threats to democracy, freedoms and human rights.

“The U.K.’s presidency of the G-7 is an opportunity to bring together open, democratic societies and demonstrate unity at a time when it is much needed to tackle shared challenges and rising threats,” Raab said in a statement.

In addition to the G-7 members Canada, France, Germany, Italy, Japan and the United States, Britain has also invited ministers from Australia, India, South Africa and South Korea this week.

Their first face-to-face meeting in two years is seen by Britain as a chance to reinforce support for the rules-based international system at a time when it says China’s economic influence and Russian malign activity threaten to undermine it.

On Monday, having met with Raab, U.S. Secretary of State Antony Blinken said there was a need to try to forge a global alliance of freedom-loving countries, though stressed he did not want to hold China down, but make sure it played by the rules.

Tuesday’s discussion will also cover the coup in Myanmar, urging stronger action against the military junta in the form of expanded sanctions, support for arms embargoes and more humanitarian assistance.

In the afternoon, talks will turn to Russia, including how to respond to troop maneuvers on the border with Ukraine and the imprisonment of Kremlin critic Alexei Navalny.

Raab said on Sunday he wanted the G-7 to consider a joint rebuttal unit to tackle Russian disinformation and propaganda.