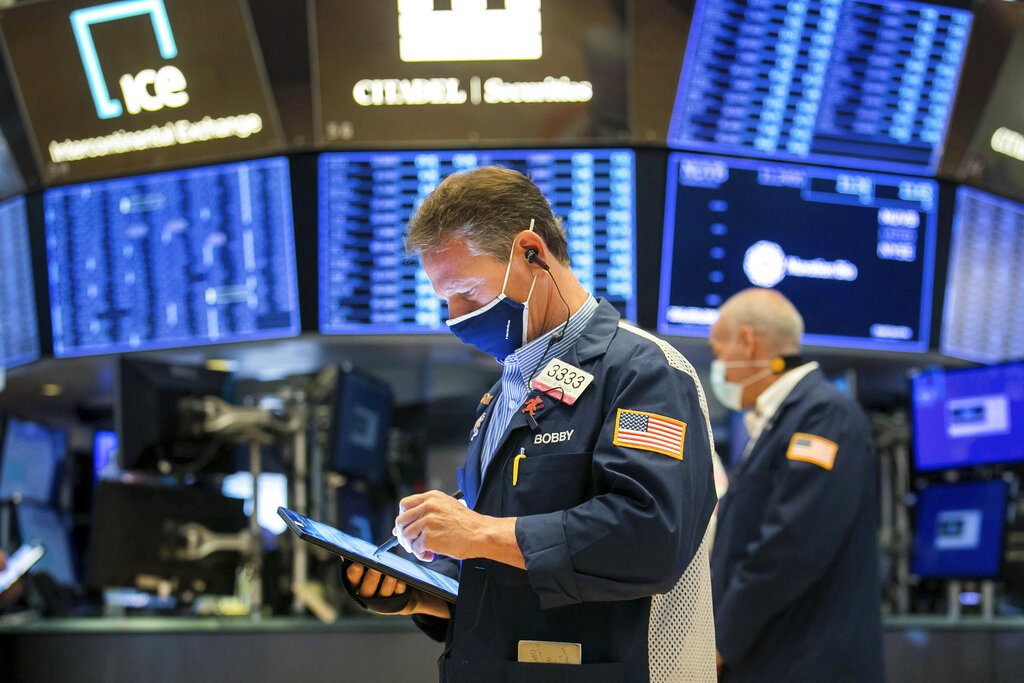 Stocks were solidly higher Monday, and investors cheered a strong dose of positive earnings reports as well as economic data that showed the U.S. economy is growing.

Among the biggest gainers on the first trading day of the month were clothing retailer Gap Inc., which jumped 7%, and aircraft manufacturer Mohawk Industries, which soared more than 9%.

More than half of the companies in the S&P 500 have reported their results, which show earnings growth of 54% so far, according to FactSet.

Shares of Verizon Communications were up 1% after the company announced it would sell off the remnants of Yahoo! and AOL into a new company backed by private equity firm Apollo Global Management. Verizon bought Yahoo and AOL’s media assets about six years ago in an effort to compete with Google and Facebook, but the effort never panned out and Verizon returned its focus to its traditional wireless cell operations.

On the economic front, a report on U.S. manufacturing activity in April came in below economists’ expectations, but still was strong for the month. The Institute for Supply Management’s manufacturing index came in at 60.7 for April, compared with the 65.0 reading that was expected. However, that figure is still well above the 50-point mark that indicates expanding manufacturing activity.