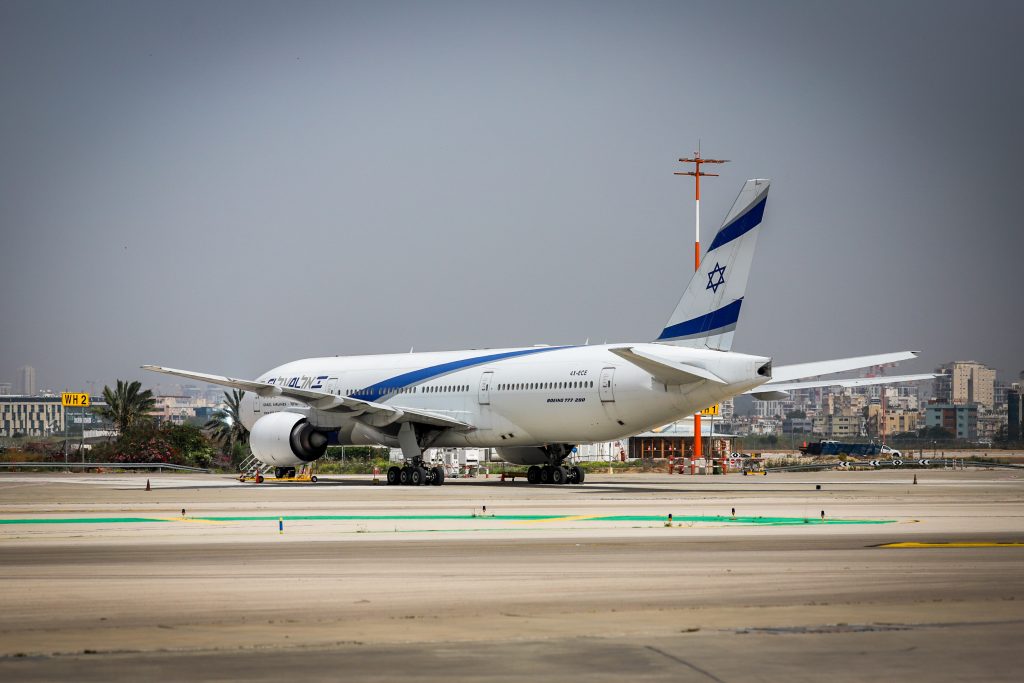 ​In a meeting on the aid plan for El Al, which includes an advance purchase of tickets from the airline, the Finance Committee on Monday called for immediate approval of the plan. The Committee Chair, MK Rabbi Moshe Gafni (United Torah Judaism), updated at the end of the meeting that the finance minister had informed him that he would ask the government to approve the plan today.

In the meeting, Finance Ministry official Chaim Borovsky presented the details of the aid agreement: “In September, the state made a decision: a safety net of USD 150 million to El Al. The public offering ended successfully, and only 100-and-something million shekels of the amount were used. The second clause was a state guarantee for a loan that the company was supposed to take, due to the company’s difficulty in raising money from the banks. We saw that it was difficult to make this happen, and that the financing costs for the company would be very high. So we thought of another idea, for the state to buy in advance for a 20-year period the airline tickets of the security guards. In 2019 the cost stood at about NIS 90 million for El Al and about NIS 7 million for the other companies. The state will pay El Al 150 million dollars, and will pay Israir 16 million dollars, and we are now in touch with Arkia. In order to increase the capital, we demanded that the owner put in money at a ratio of 1:2. These agreements have been signed; we are waiting for a government meeting and a government resolution that will approve them. There is a commitment by the companies not to draw dividends; the money is staying in the companies, so that the companies will remain stable and strong for many years. The refund for ticket buyers is also awaiting this approval.”

Avigal Soreq, who has been CEO of El Al for the past three months, said, “El Al is coping with the greatest crisis in its history. Flights have been stopped, and it was all done by government decisions. We are lagging far behind relative to what is happening around the world. The government of Israel also decided to help; we met all the conditions in the agreement that was signed in March. Since then, we have been held captive by the agreement: We can’t implement the efficiency plan, and we can’t return money to suppliers or customers. We said that we are making this agreement, but we need certainty and speed. It’s a month and a half later, and the issue is being delayed. It hurts the workers, the suppliers, the customers. Other countries are also reaching out to us. A vote by phone has to be held this evening, and the agreements and understandings we reached with the Finance Ministry have to be honored. Every delay is critical, and the consequences are dangerous to the companies. This is the time for action.”

Sharon Ben-Yitzchak, chair of the El Al labor union, said, “Every day we are delayed puts us in existential danger for knowledge to leave the company; this is knowledge that passes from one generation to the next. I am asking all the dignified people here, finish giving the loan today. We have met all the conditions we were called upon to meet – layoffs of thousands of workers, putting in owner capital. I am asking to set aside all the political differences; we feel like hostages. Are you waiting for someone to take a can of kerosene and set himself on fire? Think of what it’s like to sit at home for a year and a half with high debts, not knowing what the future holds and waiting for your decision.”

When asked by the Committee Chair about the workers’ situation within the agreement, Ben-Yitzhak replied, “Before the coronavirus there were 6,400 workers, and as of this moment about 2,000 workers are candidates for termination of employment according to the plan and at the Finance Ministry’s demand. As of now, the loan can’t be obtained and the process is being dragged out. Over 3,000 workers are on unpaid leave; many of them have reached the poverty line and have no way to fill their refrigerators.”

Soreq said, “We have a plan to part with about 1,800 workers as part of the agreements. Some of the workers are on unpaid leave and some have returned to work.”

Rabbi Gafni said, “I have a feeling that in ordinary times no one would give you such an agreement with El Al, but that feeling may be wrong. The Finance Committee sees the Israeli airlines as a strategic anchor, with everything this entails. We consider the workers an asset, particularly in the leading airline, El Al. We are dissatisfied with the fact that until today the agreement that was reached has still not been finalized or approved. The committee sees this issue as a decision that should be made in the coming hours. If there is no approval, I will reconvene the committee and ask to examine whether our authorization will suffice for the Finance Ministry officials to pass this issue. We will ask them to pass it today, if they can. Along with this, we call to stimulate the company’s activity and enable it to work, and not to cause it to collapse.”