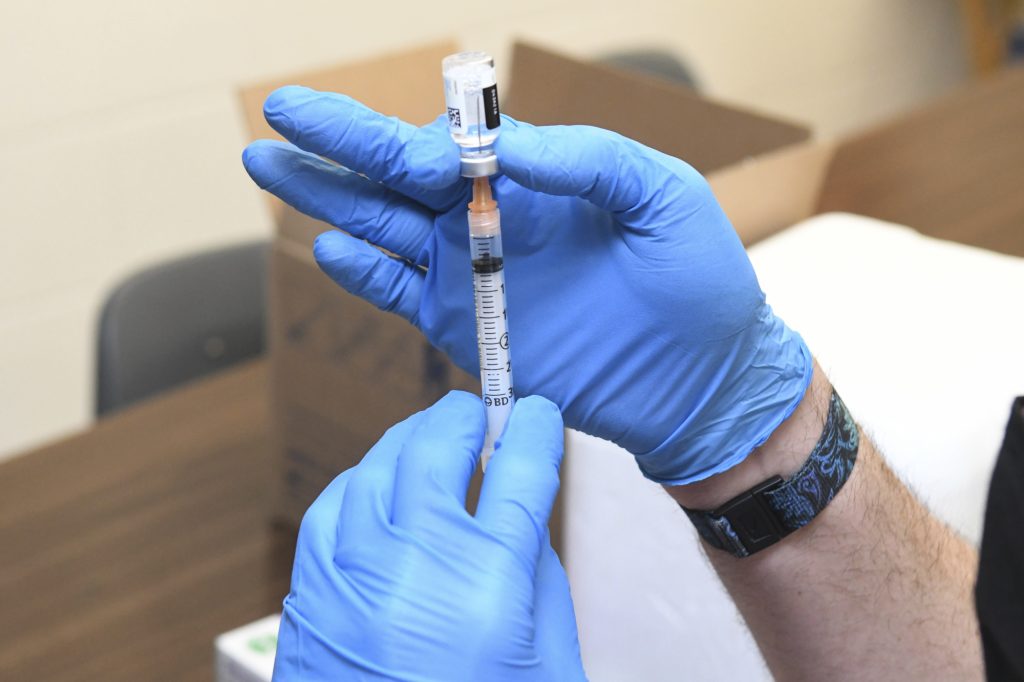 A rising number of people who’ve been vaccinated are getting infected with COVID-19. But is that surprising, and should it be cause for concern?

The short answer, according to local researchers: No.

Public health officials are tracking so-called COVID-19 breakthrough cases: fully vaccinated people who’ve become infected. It was already clear from the clinical trials that the current vaccines weren’t perfect. No vaccine is. But the rate of infection among the immunized has been extremely low, with COVID-19 hospitalization and death even less likely.

Researchers haven’t seen any alarming trends in these cases — just further evidence that the current vaccines are highly effective.

“The fact that there are breakthroughs is not a red flag,” said Dennis Burton, an immunologist at Scripps Research. “Breakthrough infections are to be expected, and the very small number indicates how very well the vaccines are providing protection.”

To count as a breakthrough case, a person must have been infected at least two weeks after their second dose of the Moderna or Pfizer vaccines or the single-shot Johnson & Johnson vaccine. That’s about how long it takes for a vaccine to spark an antiviral response.

According to the latest report from the Centers for Disease Control and Prevention, 9,245 of the 95 million Americans who were fully immunized as of April 26 have since tested positive for the coronavirus. That’s an infection rate of fewer than one out of every 10,000 people. About 2,500 of those cases had no symptoms, 594 were hospitalized and 112 died of COVID-19.

If you’ve ever gotten an influenza vaccine and still wound up with the flu, you know firsthand that no vaccine is 100% effective. In those moments, it’s tempting to think the shot didn’t work. After all, if it had, you wouldn’t have gotten sick, right?

Wrong, according to Shane Crotty, a researcher at La Jolla Immunology.

“I’ve had people tell me, ‘Oh, I got infected, so the vaccine didn’t work.’ And, no, that’s really an example of the opposite,” he said. “You would have been so much more sick.”

Crotty cites vaccine trial data and a growing body of research showing that coronavirus vaccines reduce your risk and severity of infection. In other words, people who might otherwise have died are surviving hospitalization, people who would have gone to the hospital are recovering at home, and those who would have had mild symptoms aren’t having any.

Clinical trials showed that the Pfizer and Moderna vaccines are about 95% effective in preventing illness, and that the Johnson & Johnson vaccine is roughly 66% effective. If those studies, which enrolled tens of thousands of people, saw breakthrough cases, then it was a matter of time until these cases appeared in the wider population now that millions of people are being immunized each day in the U.S.

As scientists detect more of these cases, they’ll look for evidence they’re linked to certain demographics, vaccines or viral variants. There has been one notable example of that in South Africa, where AstraZeneca’s vaccine is only 10% effective against the fast-growing coronavirus strain first spotted in that country, according to a study published in the New England Journal of Medicine.

There are a few reasons a fully vaccinated person could still get infected. One is that they were exposed to so much virus that their immune system couldn’t quickly clear all of it.

“There’s a huge range in the amount of virus that might be breathed on from one person to the other,” Crotty said. “That’s definitely a significant part of it.”

Another factor is the dizzying degree of variation in people’s immune systems based on genetics, underlying health conditions and age, among other contributors.

Those who quickly clear the virus may have higher levels of antibodies, Y-shaped immune proteins that grip the surface of a virus and, if they latch on tightly enough at the right spot, can prevent infection.

But people who don’t make the right kind of antibody response — or who do, but in low amounts — can still control an infection in other ways. That often involves T cells, which kill infected cells before they spew out more virus.

Crotty’s lab has found that, while a two-pronged attack of T cells and antibodies works best against the coronavirus, a strong T cell response alone can still limit the severity of infection.

That study was conducted before the start of the vaccine rollout. The La Jolla Immunology team is now looking for people with breakthrough infections who are willing to provide blood samples, which researchers will use to better understand antibody and T cells responses in these cases and why they weren’t enough to prevent infection.

As researchers learn more about why and when breakthrough cases occur, Burton of Scripps Research says there’s a simple step you can take to prevent these infections: get vaccinated. The shot will reduce your chances of getting ill, he says, and it will also make you less likely to infect people who may not have strong vaccine responses — such as those living with autoimmune disease or cancer.

“The presence of breakthrough infections indicates the importance of everyone getting vaccinated so that we protect the weakest in society.”