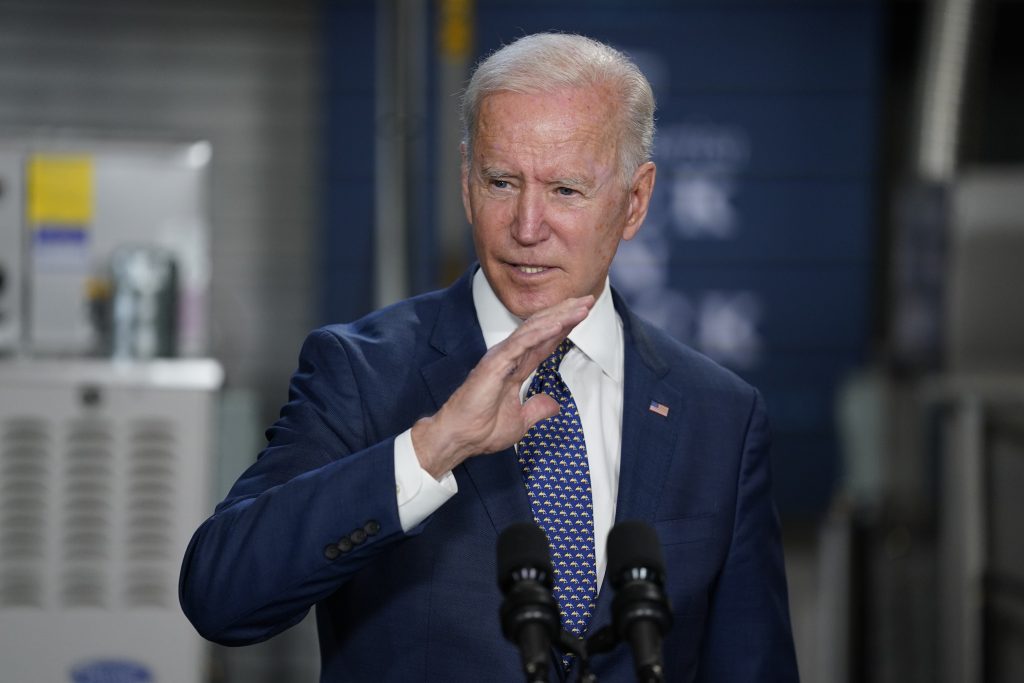 President Joe Biden is formally lifting the nation’s refugee cap to 62,500 this year, weeks after facing bipartisan blowback for his delay in lifting former President Donald Trump’s limit of 15,000.

Biden last month moved to expand the eligibility criteria for resettlements, removing one roadblock to refugees entering the U.S. put in place by Trump, but he had initially stopped short of lifting the annual cap, with aides saying they did not believe it was necessary. But Biden faced sharp pushback for not at least taking the symbolic step of authorizing more refugees to enter the U.S. this year and swiftly reversed course.

Biden, in a statement, said the new limit “erases the historically low number set by the previous administration,” adding that Trump’s cap “did not reflect America’s values as a nation that welcomes and supports refugees.”

“It is important to take this action today to remove any lingering doubt in the minds of refugees around the world who have suffered so much, and who are anxiously waiting for their new lives to begin,” Biden added.

Biden said it was a “sad truth” that the U.S. would not meet the 62,500 cap by the end of the fiscal year in September, given the pandemic and limitations on the country’s resettlement capabilities — some of which his administration has attributed to the Trump administration’s policies to restrict immigration. That said, it maintains Biden remains committed to setting the cap at 125,000 for the 2022 fiscal year that starts in October, while it was working to improve U.S. capabilities to process refugees to be able to accept as many of them as possible under the new cap.

Secretary of State Antony Blinken notified Congress on Feb. 12 of a plan to raise the ceiling on admissions to 62,500, but no presidential determination followed. In an emergency declaration on April 16, Biden stated the admission of up to 15,000 refugees set by Trump this year “remains justified by humanitarian concerns and is otherwise in the national interest.”

“Failing to issue a new Determination undermines your declared purpose to reverse your predecessor’s refugee policies,” New Jersey Democratic Senator Bob Menendez, the chairman of the Senate Foreign Relations Committee, wrote in a letter to Biden.

The new allocation instituted by Biden added more slots for refugees from Africa, the Middle East and Central America and ended Trump’s restrictions on resettlements from Somalia, Syria and Yemen.