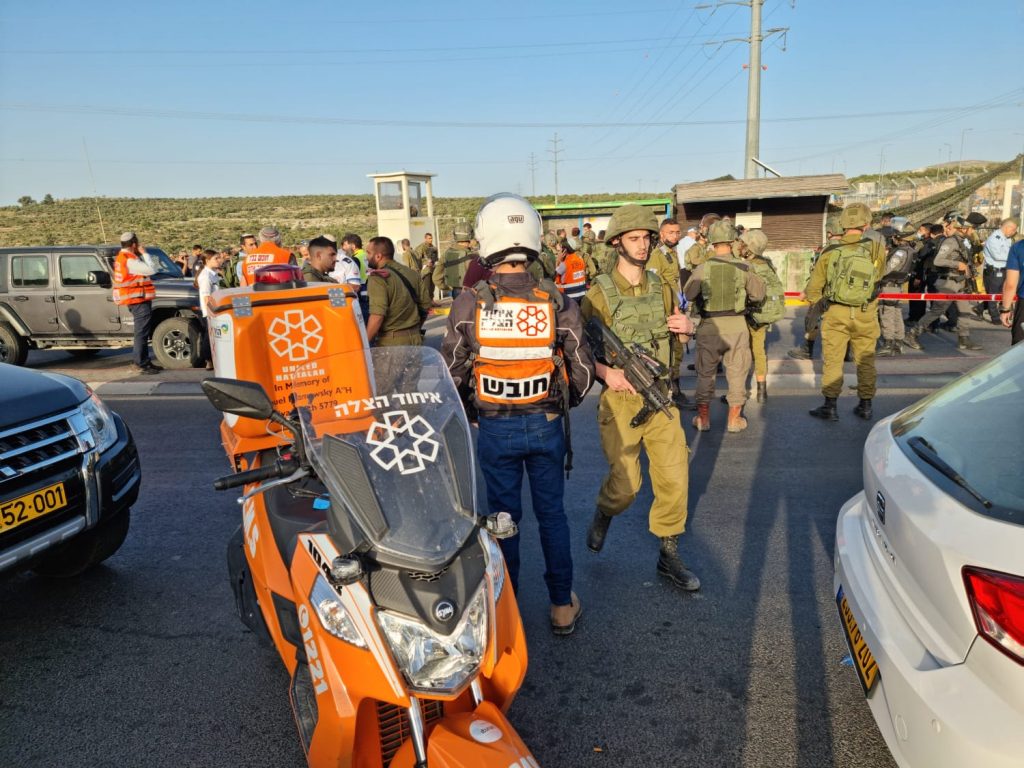 Doctors were reportedly working to stabilize the conditions of two yeshiva students who were gravely wounded in a shooting attack earlier Sunday evening at Tapuach Junction, near the city of Ariel in the Shomron.

According to a hospital spokesperson, one of the victims, Yehuda Guetta from Yerushalayim, is in critical condition and the second, Benaya Peretz from Beit Shean, is in very serious condition.

All three are 19 years old, according to the hospital in Petah Tikva.

“The families of the victims are on their way to the hospital,” the spokesperson added.

According to initial reports, the incident was a drive-by shooting where a number of young people were gathered at a bus stop.

Earlier in the day, a 60-year-old terrorist attempted to stab IDF fighters at the Gush Etzion junction this morning and was shot. She was evacuated to Shaarei Zedek Medical Center in Yerushalayim. She has since died of her wounds.

The IDF spokesman said that “a terrorist armed with a knife reached the Gush Etzion junction in the area of ​​the Etzion Territorial Brigade and tried to stab the IDF fighters who were at the spot. … The terrorist was neutralized and no casualties were reported.”

Two days ago, another attack was thwarted at the same place, when a Palestinian terrorist came from the direction of Beit Lechem Junction with a broken glass bottle in his hand, with which he attempted to stab a policeman and a soldier. He was shot and evacuated to a hospital in critical condition.