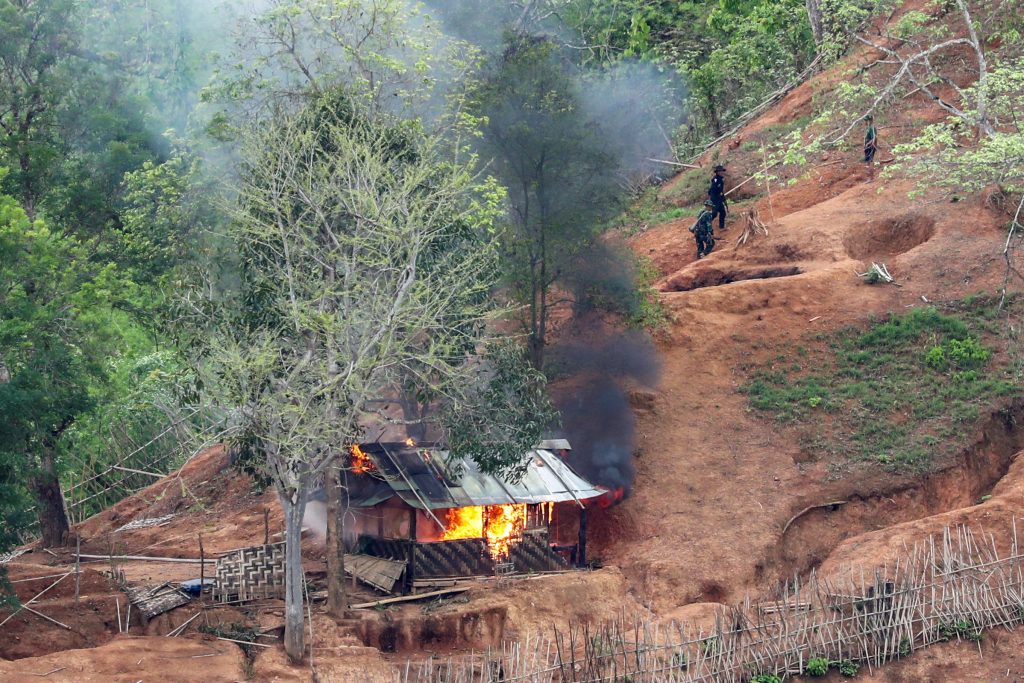 Myanmar security forces opened fire on some of the biggest protests against military rule in days, killing at least five people on Sunday, media reported, three months after a coup plunged the country into crisis.

The protests, after a spell of dwindling crowds and what appeared to be more restraint by the security forces, were coordinated with demonstrations in Myanmar communities around the world to mark what organizers called “the global Myanmar Spring Revolution.”

The protests are only one of the problems the generals have brought on with their Feb. 1 ouster of the elected government led by Nobel laureate Aung San Suu Kyi.

Wars with ethnic minority insurgents in remote frontier regions in the north and east have intensified significantly over the past three months, displacing tens of thousands of civilians, according to U.N. estimates.

In some places, civilians with crude weapons have battled security forces while in central areas military and government facilities that have been secure for generations have been hit by rocket attacks and a wave of small, unexplained blasts.