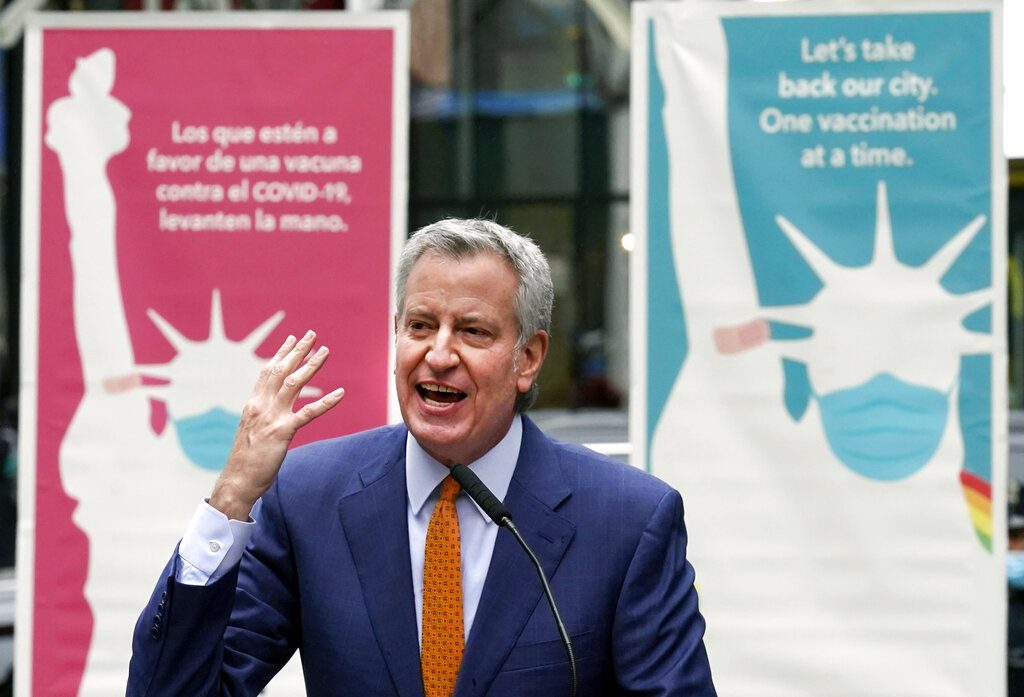 New York City will take a major step towards reopening on Monday, when 80,000 municipal workers are expected to return to their offices in over a year.

The mayor had made an announcement in March that city workers would begin a staggered return to their offices on May 3, two months before the citywide reopening, planned for July 1.

The return would be staggered, with employees working only a few days a week in-person, and an emphasis on social distancing.

Not everyone is looking forward to the return; about a hundred city workers protested outside City Hall over the weekend, NBC 4 reported.

These workers were calling for the return to offices be delayed until September, and to “establish broad exemptions and accommodations policies that err on the side of safety, provide transparency around the physical upgrades and policies related to offices, and reallocate resources to better support workers who have already been working in-person,” according to their statement of purpose.

The mayor has dismissed there concerns, noting nearly 200,000 city employees have be vaccinated, nearly 3 million city residents are vaccinated, and the city’s 7 day-average positivity rate is a mere 2.86%.