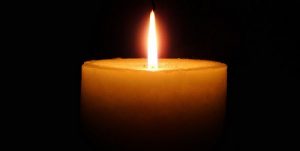 On Thursday, 17 Iyar, 32nd day of the Omer, the lights went out in the Jewish community of Baltimore, and far beyond, with the petirah of Rabbi Yitzchok (Itche) Lowenbraun, zt”l.

Rabbi Lowenbraun served for decades as the Regional Director of NCSY, and later as the Director of the Associated Jewish Outreach Professionals (AJOP). In these capacities, combined with his open house, warm heart, and tremendous ahavas Yisrael, Rabbi Lowenbraun was mekarev and mechazek thousands of neshamos.

Together with his devoted Rebbetzin, Mrs. Miriam Lowenbraun, a”h, the daughter of Harav Shlomo Twerski from Denver, zt”l, the Lowenbrauns maintained an open house, from which they shared the beauty of a Torah lifestyle with anyone that came their way. By experiencing the vibrancy of a Yiddishe family, the beauty of Shabbos, divrei Torah, and heartfelt zemiros, countless neshamos were inspired to build their own families, based on Torah and shemiras hamitzvos. The Lowenbrauns were a dynamic duo, who influenced dorei doros.

Rabbi Lowenbraun succeeded in being mekarev others because of the deep passion of Hakadosh Baruch Hu, His Torah, and the His People that burned in his heart.

Rabbi Lowenbraun was among the founders of the concept of an NCSY Shabbaton and over the course of decades, organized countless Shabbatons through which he inspired youth with the beauty of Shabbos and Yiddishkeit.

He had a burning desire to learn and to share divrei Torah. During recent months, Rabbi Lowenbraun was ill and often in much pain. Nevertheless, his hasmadah during this period amazed all who were zocheh to witness it. This past summer, after being admitted to the hospital due to intense pain, he asked his son, Rabbi Yosef Lowenbraun to bring him some sefarim and a shtender, and he “set up shop” in the hospital room, and he was thrilled. The nurses, on the other hand, were astounded; they had never seen anything like it. He told his son that when he learns, he does not feel his pain.

Rabbi Lowenbraun is survived by his children and grandchildren, of whom he was very proud, including Rabbi Yosi and Dasi Lowenbraun, Reb Nechemia and Shulamis Weinreb, Reb Benzion and Utchie Horowitz, Shauna Lowenbraun, Reb Shloime and Leah Lowenbraun, and Reb Ephraim and Toby Malinsky and families.