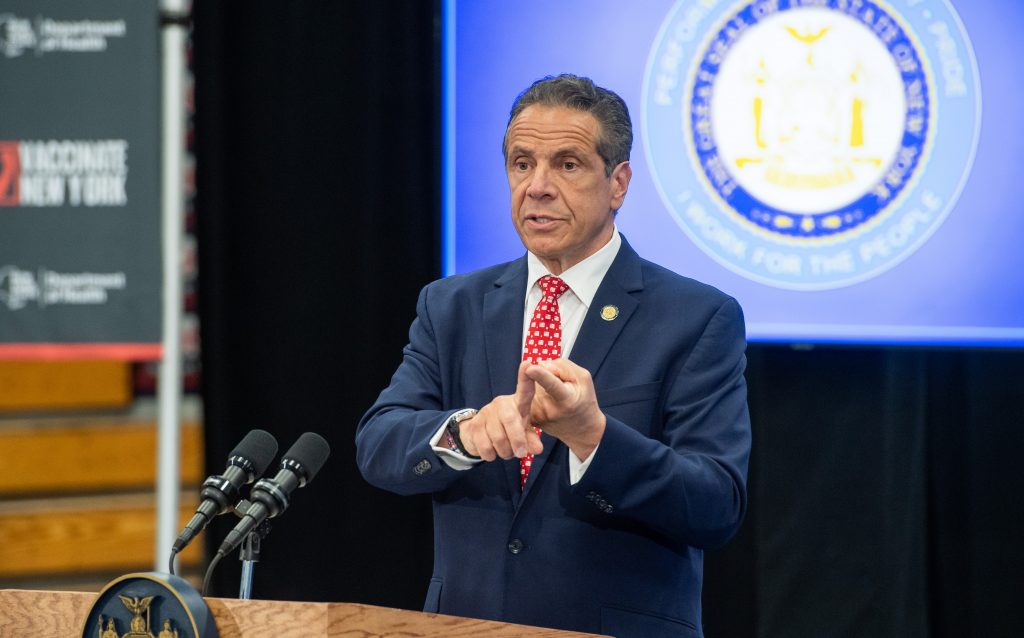 Restaurants in New York City can increase their indoor dining to 75% of capacity starting May 7, in line with the rest of the state, Gov. Andrew Cuomo announced Friday.

The announcement is one of a number of moves concerning restaurants and pandemic regulations this week, including one repealing a requirement for food to be sold with alcoholic beverages at bars and restaurants.

Cuomo and New York City Mayor Bill de Blasio on Thursday both spoke on Thursday about wanting to see coronavirus-related restrictions lifted in the next couple of months.

De Blasio had announced Thursday that New York City would fully reopen July 1, but Cuomo said that decisions were up to the state, and he hoped to have a statewide opening before July.