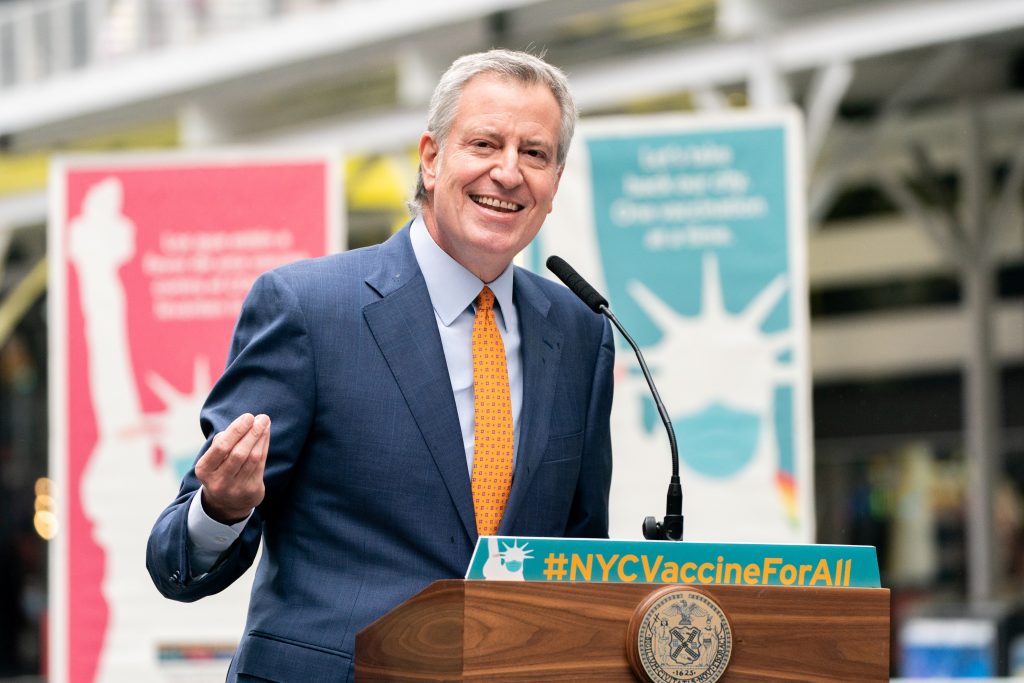 “We are ready for stores to open, for businesses to open, offices, theaters, full strength,” the Democratic mayor said on MSNBC.

De Blasio cited rising COVID-19 vaccination rates and decreasing hospitalization rates for his optimistic projection. About half of all adults in the city have now had at least one vaccine dose.

“What we can say with assurance is, we’re giving COVID no room to run in New York City,” de Blasio said.

At a virtual news briefing later Thursday, he added: “This is going to be the summer of New York City. We are all going to get to enjoy this city again, and people are going to flock here from all over the country to be a part of this amazing moment in New York City.

The mayor doesn’t have unilateral power to lift remaining pandemic restrictions. New York Gov. Andrew Cuomo has maintained throughout the pandemic that decisions on when restaurants, theaters, offices and other places can open at full capacity are his alone.

Asked at his briefing if he had spoken to the governor about his reopening plans, de Blasio said, “I have not, and I think the best way to proceed here is to set out the city’s vision.”

De Blasio said the city will work with the state and federal governments but added, “It’s quite clear, it’s time to set a goal and move on that goal.”

Cuomo controls the Metropolitan Transportation Authority and has the power to restore 24-hour service on the subways, which are now closed from 2 to 4 a.m. De Blasio said he believes July 1 is “the right time” to bring 24-hour subway service back.

Asked whether the July 1 reopening was a definite plan or a goal, de Blasio spokesperson Bill Neidhardt said in an email, “It’s a plan/goal. Many details to work out in the months between.”

De Blasio said the goal for Broadway theaters is still to open fully in September. He said he hopes some smaller