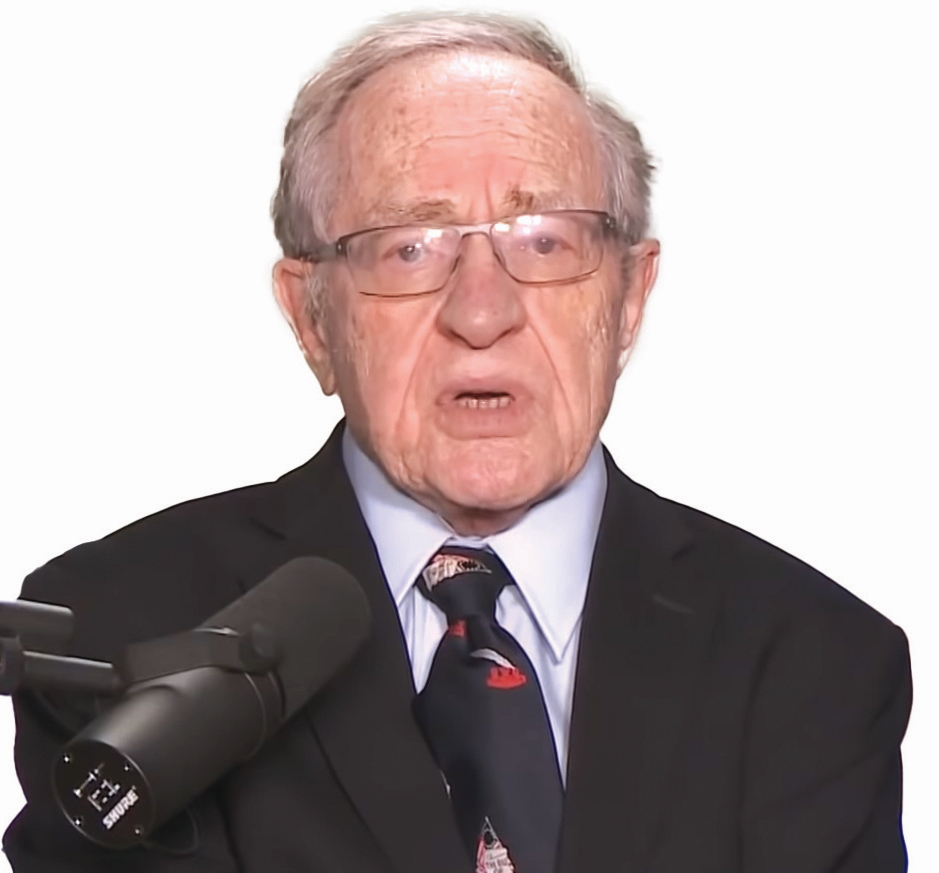 Hamodia spoke with Alan Dershowitz, noted lawyer, law professor, author, and legal/political commentator, following the trial of former Minneapolis police officer Derek Chauvin. On May 25, 2020, Chauvin, who is white, knelt on the neck of George Floyd, who was black, for more than nine minutes, after Floyd had resisted arrest. Floyd died, setting off worldwide protests, which at times included rioting and looting. Last week, Chauvin was convicted of all three charges against him: second-degree murder, third-degree murder and second-degree manslaughter.

What did you think of the verdict?

I think that what Chauvin did was beneath contempt. It was utterly unjustified. But I don’t think he was guilty of murder; I think he was guilty only of manslaughter. And I think the reason the jury came back with guilty on all three counts was because of external pressure and threats from the outside that there would be riots and violence if there was an acquittal of the murder charge. So I don’t think it was a fair verdict. On the other hand, I have no brief for Chauvin himself.

So even though you think manslaughter was justified as a verdict, because you say the jury had outside pressures you think the entire trial should be thrown out?

That’s right. And I think he should have a trial in front of a sequestered jury, which doesn’t hear people like Maxine Waters and Al Sharpton threatening confrontations on the street.

Juries are generally instructed by the judge not to pay attention to the news.

But they don’t listen [to that instruction].

And not only that — you don’t get this [only] in the news. You get this from cable TV, from the internet. It was pervasive. And just telling them not to listen to the news doesn’t mean that they didn’t hear that Congresswoman Waters threatened confrontation if there was a verdict less than murder. The jury obviously had to know about that — at least we have to presume they did, based on the pervasiveness of the media. So I don’t think it was a fair verdict.

As a regular listener of your Dershow podcast, I know you watched a good part of the trial. What did you think of the quality of the prosecution and the defense?

I would think they were both pretty good. I think the defense made some mistakes, and didn’t cross-examine some of the expert witnesses strongly enough. I don’t know why they didn’t put Chauvin on the witness stand. They may have good reasons for that. But in general, I would give the prosecutor a B+, the defense attorney a B+, and the judge probably a B.

The judge made serious mistakes. He should have sequestered the jury. He should have moved the trial out of Minneapolis. He should have granted a mistrial after Waters made her statements. And I don’t think his instructions on the law were correct. That’s why he gets a B.

Why do you think Chauvin should have testified?

The basic issue in the case was his state of mind, his intention. I think the government proved pretty clearly that the death was caused by his actions. And so the jury wanted to hear an explanation from him as to why he did what he did. Was he frightened? Was he intimidated by the crowd? Did he think that George Floyd was dangerous? Leaving that untestified to, I think, made it clear that he would be convicted. But there may have been good reasons why the defense lawyer didn’t put him on. So I don’t want to second-guess the defense lawyer. But I thought he would take the witness stand, and if he were my client, I think I would have put him on the witness stand.

You’re one of the most successful appellate lawyers ever in murder cases. If you’re asked to, would you represent Chauvin on appeal?

I think it would be very hard, because I’ve already stated my views that I think there was enough evidence for a manslaughter conviction, that I think what he did was utterly unjustified. So I don’t think they’re going to want me to be their appellate lawyer. And the issue I’m mostly interested in is the murder charges — second-degree and third-degree murder — and the sequestration issue. So I don’t think they’re going to call me to be involved in the appeal.

You have criticized the judge for not changing the venue of the trial, and for holding the trial shortly after the city reached a $27 million settlement with the Floyd family.

He should have moved the trial out of Minneapolis because the risks of the city being burned down were in Minneapolis; it wouldn’t have been as great in a rural area. The trial should have been postponed a few months, based on the $27 million deal.

Do you think it was inappropriate for the city to have made the settlement at that time?

Yes. I think to have done it at that time was inappropriate. They should have waited until the trial was over.

What, if any, effect do you think this verdict will have on police policy in the future?

I think it will make police much more reluctant to get involved in protecting people.

I can imagine policemen saying, if they see something happening, “Why lose my pension, why lose my family, why lose my freedom?” It’s not [only] this case. But when you combine it with the Kim Potter case, where she did nothing wrong. She made a terrible, tragic mistake — she pulled out the wrong weapon — and they’re going after her, and they’ve already taken her job from her. [Potter, a white police officer in Brooklyn Center, Minnesota, shot and killed Daunte Wright, a black man, on April 11, after Wright fled during a traffic stop when officers tried to arrest him for an outstanding warrant. Potter accidentally pulled out and fired her gun instead of her Taser. She has been charged with second-degree manslaughter.] And seeing some of the other cases, I do think police are going to be more reluctant.

And that has some positive and negative aspects. They shouldn’t be arresting people for $20 counterfeit charges, they shouldn’t be arresting people for having unlicensed cigarettes or having an air freshener in the car. So if it has that effect, that’d be a good thing. But if it deters police from becoming involved in, and breaking up, domestic violence fights and that kind of thing, it would be a terrible thing.

[George Floyd was arrested for passing a counterfeit $20 bill. Eric Garner, a black man who died after an officer placed him in a chokehold when he resisted arrest in Staten Island in 2014, was arrested for selling loose, untaxed cigarettes. The traffic stop of Daunte Wright allegedly was first made for his having an obstructed view due to an air freshener on his rear-view mirror.]

What effect, if any, do you think this trial will have on the upcoming trial of the other officers that stood around while Chauvin kneeled on Floyd’s neck?

Although you don’t think that she should have been charged at all.

She shouldn’t have been charged at all. She simply did not commit a crime. There’s nothing in the manslaughter statute that covers that conduct.

What do you think of President Biden’s comments strongly indicating that he believed Chauvin should be convicted, once the jury had begun deliberations and was sequestered?