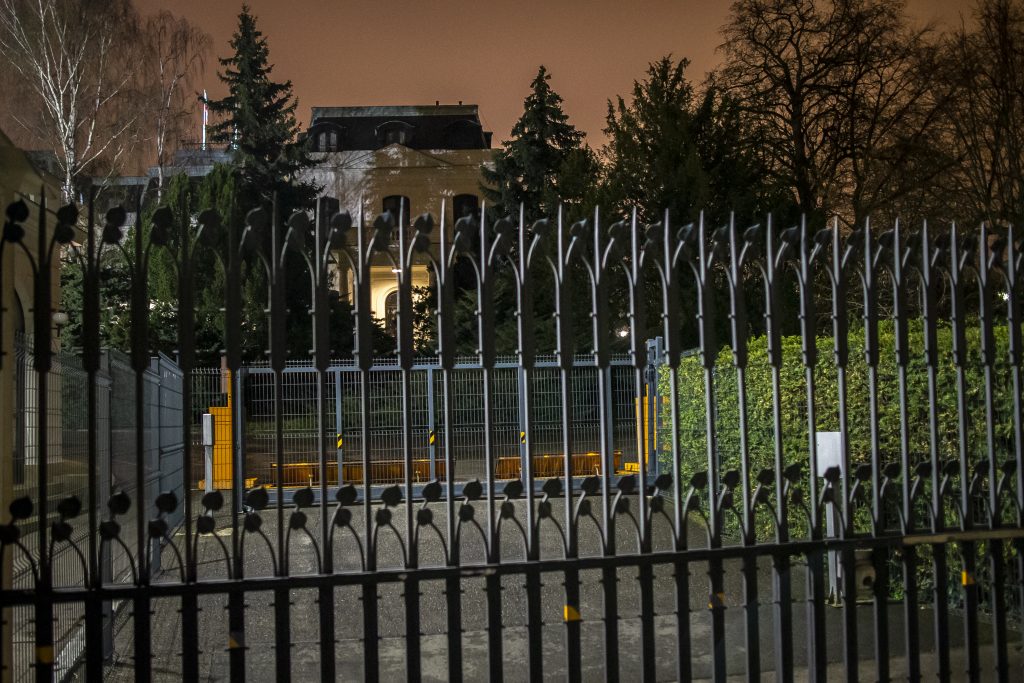 Russia on Wednesday ordered the expulsion of seven diplomats from Slovakia, Lithuania, Latvia and Estonia, in retaliation for the expulsion of Russian envoys in the wake of Czech accusations that Russian intelligence was behind a deadly 2014 blast.

Moscow and Prague are locked in their biggest row since the end of the Communist era in 1989, which has spiralled into a series of diplomatic disputes with other European Union and NATO countries as Russia’s ties with the West linger at post-Cold War lows.

Russia’s foreign ministry gave the three Slovak and two Lithuanian diplomats, as well as an envoy from Latvia and another from Estonia, one week to leave Russia.

Russia accused the four countries of showing “pseudo-solidarity” with the Czech Republic, which ordered most Russian diplomatic staff in Prague to leave last week after accusing Russian spies of being behind the blast at an ammunition depot.

Meanwhile, Bulgaria said on Wednesday that prosecutors were collecting evidence on the possible involvement of six Russians in four explosions between 2011 and 2020 at Bulgarian arms depots that were storing munitions destined for export to Ukraine and Georgia.

Russia has branded the Czech accusations absurd and dismissed the Bulgarian probe.

Moscow’s latest diplomatic expulsions come days after President Vladimir Putin ordered the government to draw up a list of “unfriendly” states that will be subject to restrictions.

Foreign Minister Sergei Lavrov said on Wednesday the list would soon be published. The ministry’s spokeswoman, Maria Zakharova, has already confirmed the United States would be on it.

Izvestia newspaper reported on Tuesday that the list could also include Poland, the Czech Republic and the three Baltic states.

The two suspects named by Czech authorities in the 2014 ammunition depot explosion, known under the aliases Ruslan Boshirov and Alexander Petrov, were reported by the New York Times in 2019 to be part of the elite Unit 29155 in Russia’s GRU military intelligence service.

Kremlin spokesman Dmitry Peskov said after its publication that the article amounted to “pulp fiction”.

Britain charged the pair in absentia with attempted murder after the poisoning of former Russian spy Sergei Skripal and his daughter with the nerve agent Novichok in the English city of Salisbury in 2018. Russia denied involvement in that incident.