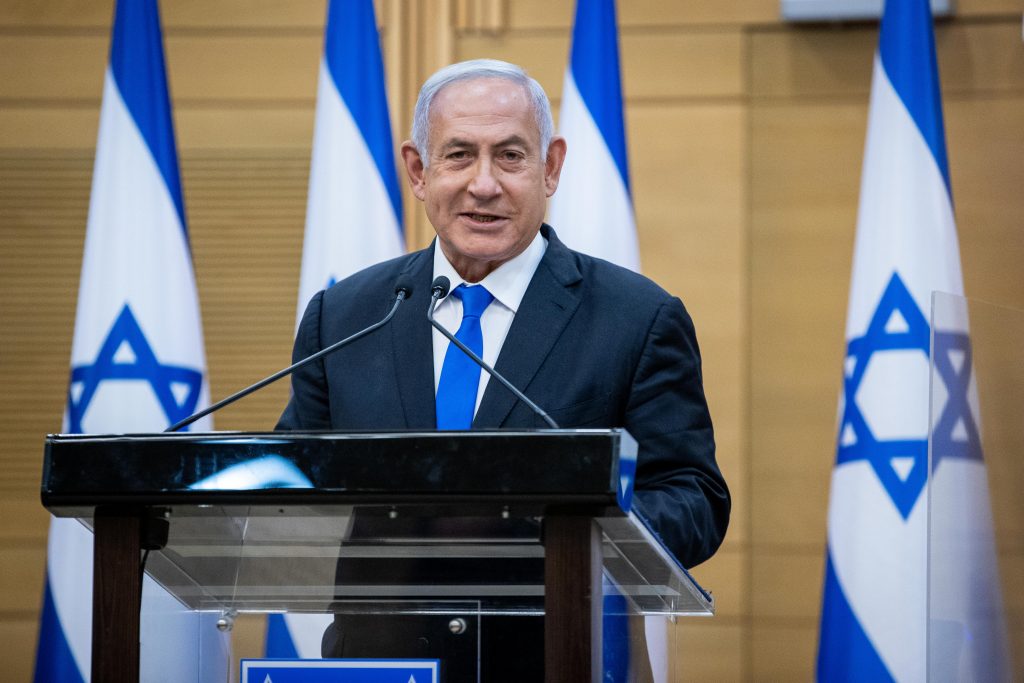 Netanyahu had pushed through the appointment of Likud MK Ofir Akunis the day before, over the strenuous objections of Gantz’s Blue and White party and Attorney General Avichai Mandelblit, who had warned that it was illegal because the still-binding coalition agreement requires Likud and Blue and White to agree on senior appointments.

The High Court, which had imposed Tuesday as the deadline for filling the ministerial vacancy, was set to hear arguments from the two sides Wednesday afternoon after a tumultuous cabinet meeting. The prime minister had already filed an argument claiming that the appointment of Akunis was legal; but the session was cancelled after Netanyahu subsequently backed down.

Netanyahu asked the Court to cancel the hearing after conceding to Gantz, and further promised to comply with the judges’ directive to fill several other unstaffed ministerial jobs at next Sunday’s cabinet meeting.

In a statement issued by Netanyahu on Wednesday, he said that his decision to appoint Gantz after all was a way “out of the deadlock,” even if he thought he could defend the legality of his action on Tuesday, according to The Jerusalem Post.

The Court was expected to find in favor of Gantz, as was foreshadowed by sharp questioning of Netanyahu’s lawyer by the judges on Tuesday night.

To protest Gantz’s appointment, Akunis did not take part in the vote.

Likud MK David Amsalem, who voted against the Gantz appointment, denounced the latter in the ministries’ WhatsApp group.

“Gantz, who practically overthrew the government and led to the election of a state attorney in stark contrast to the coalition agreements, howls and grumbles why coalition agreements are not respected. Mr. Gantz, if you had a drop of self-esteem, and it’s probably a concept you are unfamiliar with, you would retire, you and your people to the opposition, and not act like a Trojan horse within the government.”