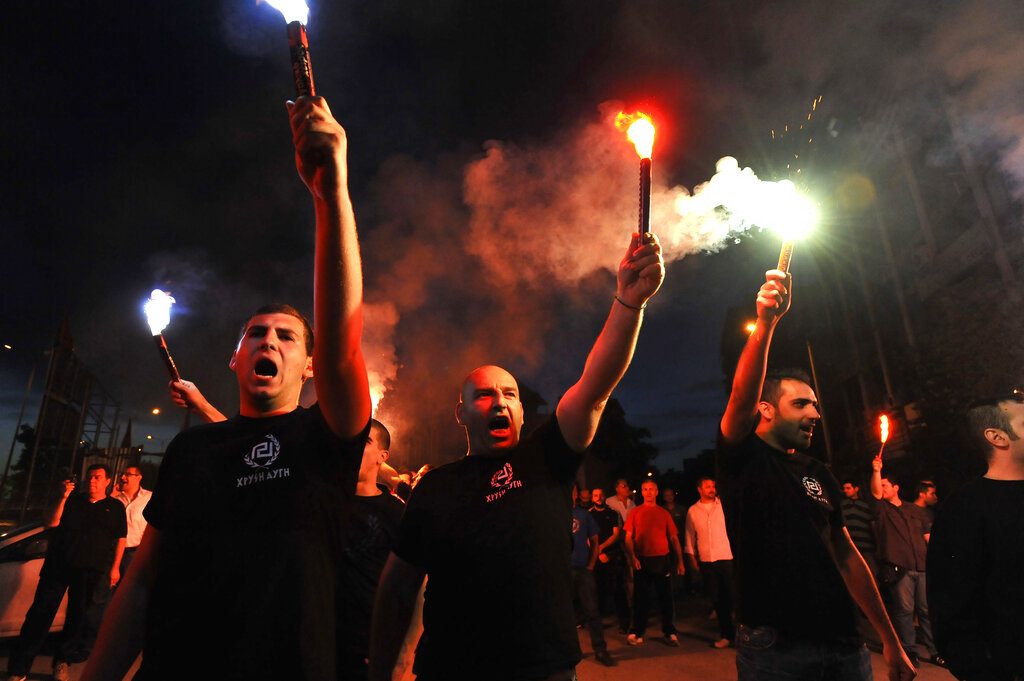 Greek Neo-Nazi Ioannis Lagos has been arrested in Brussels, after the European Parliament voted overwhelming to lift his parliamentary immunity.

The final vote was 658 members voting in favor of stripping Lagos of his immunity, while 25 voted against and 10 abstained. Lagos now faces 13 years in prison.

Lagos, the head of the extreme-right Golden Dawn party, was found guilty of running a criminal organization by Greek court in October 2020. The party is openly, explicitly avowed admirers of Nazis, and members have been found guilty of murdering left-wing activists, attacking racial minorities, and throwing bombs at police. Its flag deliberately resembles the swastika flag.

In a statement,  European Commission Vice President Margaritis Schinas described the court decision “to rule Golden Dawn is a criminal organization is a victory of the democracy. A shield for our democratic state, but also a strong pan-European message to those who question the strong foundations of the rule of law, our common principles and values.”

Golden Dawn rose to power in 2012, as an economic collapse convulsed the country, and was the third-largest party in Parliament. It has been steadily dropping in popularity since then, and in the 2019 election failed to secure any seats in Parliament.