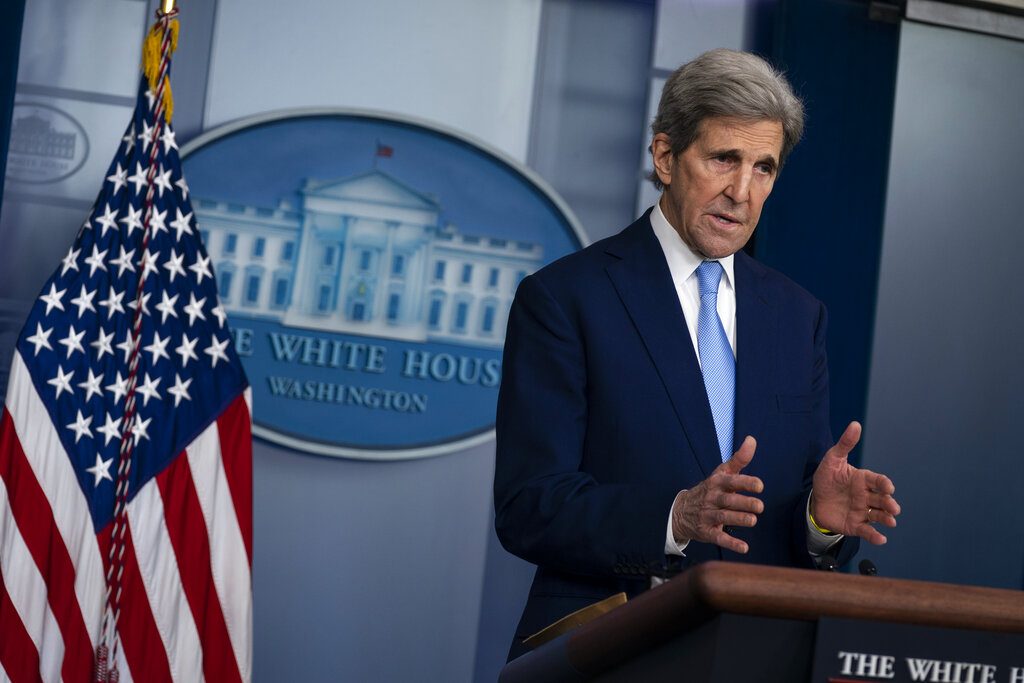 An interview between Zarif and an economist was leaked by Iran International TV, a London-based Persian-language news station that is opposed to the Iranian regime. In the interview, Zarif complained he was being kept out of the loop by the Iranian Islamic Revolutionary Guard Corps. So much so, he said, that it “was former US foreign secretary John Kerry who told me Israel had launched more than 200 attacks on Iranian forces in Syria.”

“You didn’t know?” the interviewer asked. “No. No,” Zarif responded.

The Jerusalem Post noted that some of the strikes Zarif claimed to be ignorant of were reported in international media.

Fox News reported that Republicans accused Kerry of betraying Israel, and some even called on him to reign. Nikki Haley, the former U.S. Ambassador to the United Nations, said on social media, “This is disgusting on many levels. Biden and Kerry have to answer for why Kerry would be tipping off Iran, the number one sponsor of terror, while stabbing one of our greatest partners, Israel, in the back.”

In a statement on social media, Kerry said, “I can tell you that this story and these allegations are unequivocally false. This never happened – either when I was Secretary of State or since.”

In 2018, Kerry said in an interview that he had met with Zarif “three or four” times after leaving office,  hoping to  “elicit from [Zarif] what Iran might be willing to do in order to change the dynamic in the Middle East for the better… I’ve been very blunt to Foreign Minister Zarif and told him, ‘Look, you guys need to recognize that the world does not appreciate what’s happening with missiles, what’s happening with Hezbollah, what’s happening with Yemen.'”

In a response to a question on the matter at a press conference, State Department Spokesman Ned Price avoided the story. “We don’t comment on purportedly leaked material. Of course, we can’t vouch for the authenticity of it, for the accuracy of it, and so of course I’m not going to comment directly on what’s on that tape, on that recording…Can’t speak to the authenticity, can’t speak to the accuracy of it, can’t speak to any motives that may be behind its dissemination. I would just make the broad point that if you go back and look at press reporting from the time, this certainly was not secret, and governments that were involved were speaking to this publicly on the record.”