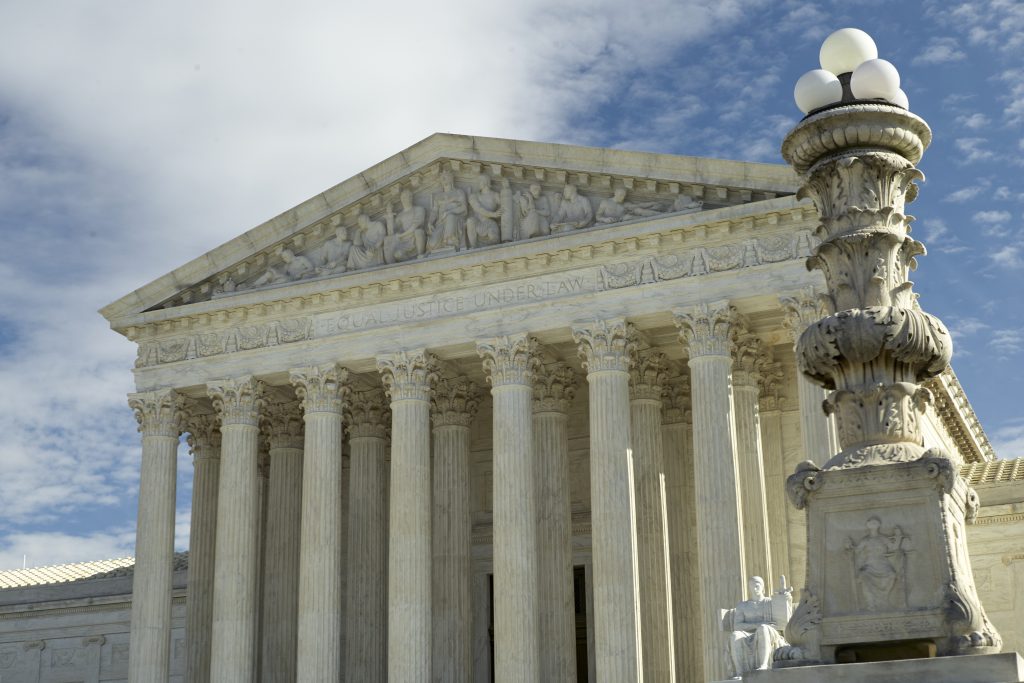 The Supreme Court seemed ready Monday to strike down California’s demand that charities privately disclose their top donors, and the question seemed to be whether such a decision could impact other areas, such as campaign contributions.

The court’s liberal justices seemed worried about the implications of a broader decision that disclosure laws could violate First Amendment rights.

If the court issued a broad ruling in favor of anonymity in donations, how could it “distinguish disclosure in the campaign finance context?” Breyer wondered.

It was unclear from the nearly two-hour oral argument whether there was a broad consensus among the justices about that or whether it was only that California probably had gone too far.

Justice Brett Kavanaugh noted that only three states besides California require such disclosure.

“Doesn’t it show that it’s really not all that essential to a state’s interests if 46 other states have seen fit to regulate without infringing on the right to assemble or the right to associate in this same way?” Kavanaugh asked California’s deputy solicitor general, Aimee Feinberg.

California law requires the approximately 100,000 charitable nonprofits that fundraise in the state to file the identities of their most generous donors with the attorney general. The same information is sent to the Internal Revenue Service, which determines tax-exemption status.

California says that the attorney general needs to have the information on hand in case there are complaints about charitable fraud and that only the names of those who contribute so much they could influence the charity are required. It says a key fact is the information is not publicly disclosed.

But two conservative groups, the Americans for Prosperity Foundation and the Thomas More Law Center, sued. They said the information is unnecessary and the disclosure could lead to threats and harassment. The requirement, they said, chills the protected First Amendment speech of their donors and violates their right to free association.

A district court ruled for the groups, noting the state has failed in some cases to keep the information private. But a panel of the U.S. Court of Appeals for the 9th Circuit upheld California’s practice.

The Biden administration took a middle-of-the-road approach to the question. It said the requirement shouldn’t be found unconstitutional in all applications, but the groups should have another opportunity to prove the rights of their donors had been violated. It did not seem to gain much traction, especially with the conservative justices, who questioned how such a procedure could work.

The court ruled in 1958 that the NAACP did not have to comply with Alabama’s demand that it list its donors because of the danger that could befall donors if their names were disclosed. But the court has also said anonymity is not guaranteed in political speech, such as signing petitions to put a referendum on the ballot.

The court’s six conservatives questioned California’s need for the information, and some were particularly concerned that its disclosure, intentional or not, would harm those with controversial views.

“In this era, there seems to be quite a bit of loose accusations about organizations, for example, an organization that had certain views might be accused of being a white supremacist organization or racist or homophobic, something like that, and, as a result, become quite controversial,” Justice Clarence Thomas said.

The Americans for Prosperity Foundation is the charitable arm of the political organization formed by billionaire conservative Charles Koch and his brother, David, who died in 2019.

Three Democratic members of Congress said the involvement of the Koch organization should mean recusal by the court’s newest justice, Amy Coney Barrett. The political arm supported Barrett’s confirmation with a million-dollar campaign.

Barrett did not reply to a letter seeking recusal sent by Democratic Sens. Sheldon Whitehouse (R.I.) and Richard Blumenthal (Conn.), and Rep. Hank Johnson (Ga.), and participated in the argument Monday.

Her questions made clear she was troubled by the California requirement and noted as many as 250 organizations across the ideological spectrum had argued “that the disclosure mandate would harm their rights.”

Feinberg said the state had fixed the problems that led to the unintentional disclosure of some of the information California had gathered and should be allowed to determine the best way to ensure charities that raised billions of dollars from Californians were free from fraud.

But Washington lawyer Derrick Shaffer, representing AFP, reiterated that the vast majority of states monitor charities without requiring the information, and California did so for years.

The demand, he said, is a “totally gratuitous First Amendment intrusion.”