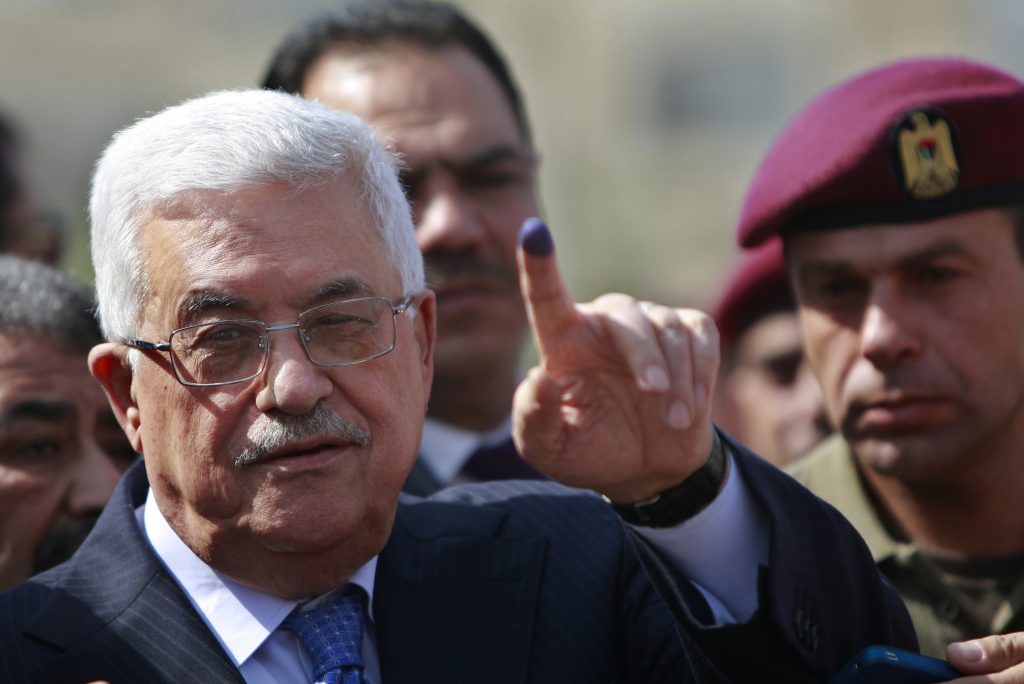 “Our expectation is the elections are going to be postponed, but it will come at a very heavy price for Abbas,” said the source.

If Abbas does opt for a delay, he will likely cite as justification Israel’s silence on whether East Yerushalayim Palestinians can participate — but no one was likely to believe it, the source added.

The Palestinian leadership — including that of Hamas and Islamic Jihad — is scheduled to meet on Thursday to decide whether the voting can go ahead as scheduled May 22 without Israeli cooperation on the matter.

Abbas’s opponents have charged that, fearful of political defeat, he is using Israel’s refusal as an excuse to cancel the elections, the first in 15 years. Abbas’s Fatah list faces serious challenges from candidates within its ranks, as well as from Hamas.