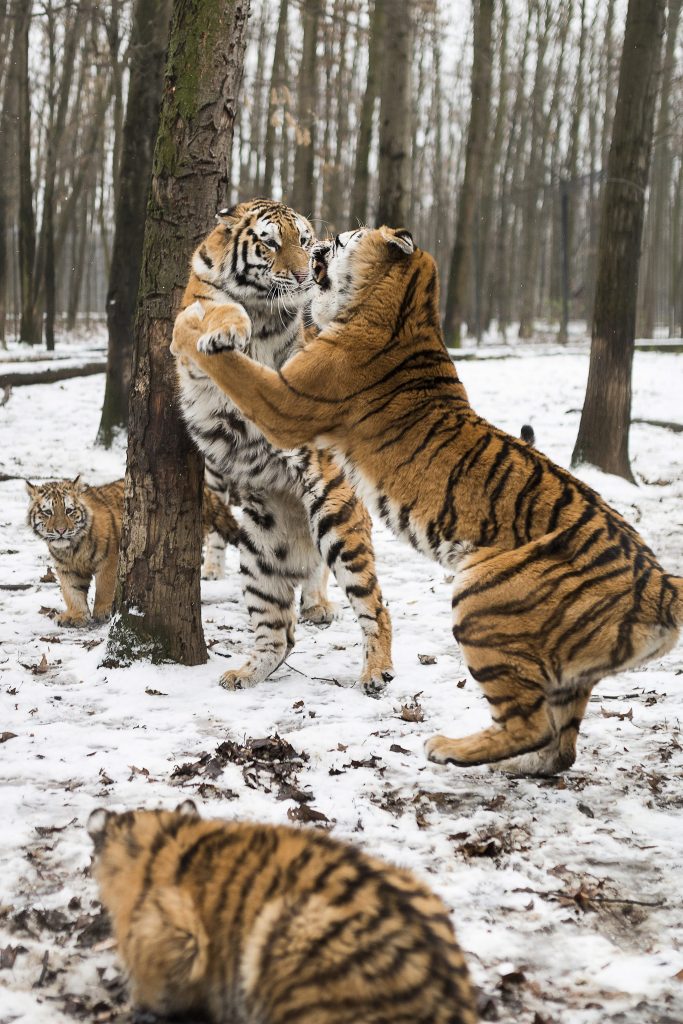 Chinese villagers in the town of Linhu in Heilongjiang province in northeast China were stuck in their homes as a tiger wandered out of the forest and explored their streets.

The Harbin Siberian Tiger Park is a nature reserve located in Heilongjiang province, specifically to protect the rare big cats, but it seems one of its residents decided to go on an adventure.

A rare Siberian tiger startled locals, who locked their doors and windows as experts hunted down the animal, the BBC reported.

One local on a drive, a woman who went by her last name Wang, was shocked when the massive tiger, larger than a grown man, raced out a farm field and ran towards her car. She yelled and sped off, but not before the tiger crashed into the car, shattering a passenger window.

The tiger was eventually captured by animal experts, which tranquilized the big cat and took it to a nearby animal sanctuary.