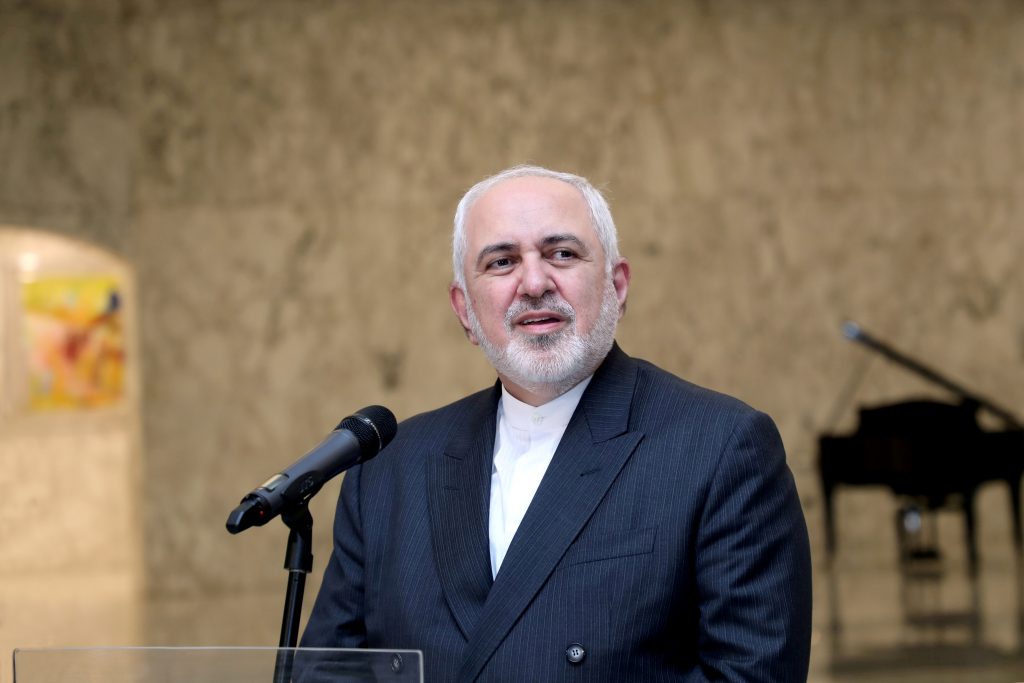 Zarif said that Soleimani had worked with Russia to sabotage the nuclear deal and acted in Syria’s long-running war in a way that damaged Tehran’s interests, as well as undermining him on a number of occasions, the New York Times reported.

The extracts also suggested Soleimani refused to listen to a request by the Foreign Ministry that Tehran show less overt support for Syrian leader Bashar Assad, including not using state airline Iran Air to transport military equipment and personnel to Syria and not deploying ground forces to the war-torn country.

Zarif also criticized Soleimani for allowing Russian planes to fly over Iran on their way to bomb Syria.

Zarif said that he was often kept in the dark about security matters, and that “to his astonishment,” former Secretary of State John Kerry told him that Israel had attacked Iranian interests in Syria at least 200 times.

The New York Times did not clarify when the conversation between the two officials took place.

The IDF has launched hundreds of strikes in Syria since the start of the civil war in 2011 against moves by Iran to establish a permanent military presence in the country and efforts to transport advanced, game-changing weapons to terrorist groups in the region, principally Hezbollah.

Zarif made the comments in an hours-long taped conversation that took place last March as part of an oral history project. A copy was leaked to the U.K.-based Persian language news channel Iran International, which is viewed as hostile to Iran and is owned by Saudi Arabians.

According to the Times, Zarif can be heard on a number of occasions in the interview emphasizing that his words were not for publication.

Zarif also claimed that Soleimani traveled to Moscow to “demolish our achievement” and try to stop Russia’s support for the nuclear deal struck with world powers.

He also said that Russia did not want the deal to succeed as that would result in Tehran normalizing relations with the West, and therefore Moscow “put all its weight” behind placing obstacles on the path to the agreement.

According to the Guardian, which did not publish direct quotes from the interview, Zarif said that “forces inside Iran” tried to prevent the passage of the 2015 nuclear agreement through a number of methods, including an attack on the Saudi Embassy.

Zarif reportedly described the IRGC’s influence on foreign policy as “akin to a cold war,” the Guardian reported, adding that the top Iranian envoy claimed he spent more of his time dealing with the organization than with any other tasks.

Zarif said that when the IRGC shot down a Ukrainian airliner, killing all on board, he attended a meeting with security officials who attacked him and told him that it was not true that Iran had downed the plane.

He said he was told to send a tweet denying the Guard had shot down the plane, despite the IRGC immediately knowing what had happened.

According to the Times, Zarif did praise Soleimani at times during the interview, saying they successfully worked together ahead of the United States’ invasions of Iraq and Afghanistan, and the Iranian envoy said that the U.S. assassination of Soleimani caused more damage than the wiping out of a city.

The U.S. killed Soleimani, who oversaw the Revolutionary Guard’s expeditionary Quds Force, and others in the Jan. 3, 2020 strike near Baghdad International Airport.

Soleimani was for years seen as the architect of much of Iran’s malign activities in the Middle East, including attempts to place a foothold in Syria and rocket attacks on Israel, making him one of Israel and the U.S.’s most sought-after targets.

The strike on Soleimani came after months of incidents raising tensions between the two countries and saw Iran retaliate with a ballistic missile strike targeting American troops in Iraq, an attack Zarif said the United States knew of before he did.

The leaks came at a sensitive time, with Iran currently engaged in indirect talks with the U.S., mediated by Europe in Vienna, aimed at reviving the nuclear pact, even as it enriches uranium to its highest-ever levels.

Iran’s Foreign Ministry admitted that Zarif gave the interview, but said that his words had been distorted through the use of selective quotes, the Guardian reported.

Saeed Khatibzadeh, a spokesman for the ministry, called the leak “unethical politics.”

Former Vice President Mohammad Ali Abtahi said that the publication of Zarif’s comments was “tantamount to Israel stealing the nuclear documents” from Iran.

In 2018, the Mossad spirited a huge trove of documentation out of a warehouse in Tehran, detailing Iran’s rogue nuclear program.