Business Even as Economy Heats up, Fed to Stick With Near-Zero Rates
Business 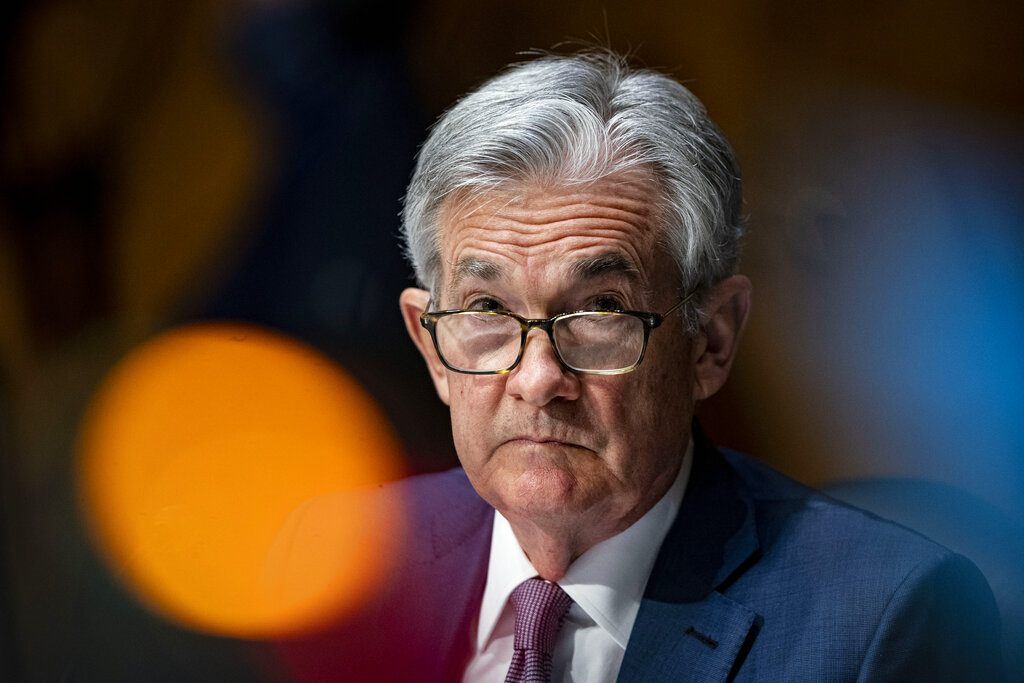 Hiring is accelerating as Americans increasingly venture out to shop, eat at restaurants and travel, and inflation pressures are even picking up after lying dormant for years. Yet this week, the Federal Reserve is all but sure to reiterate its commitment to ultra-low interest rates.

At a news conference Wednesday after the Fed’s latest policy meeting ends, Chair Jerome Powell will likely underscore his view that the economy is far from fully recovered and needs the central bank’s continued support in the form of low borrowing costs. There are still 8 million fewer jobs than there were before the pandemic struck. And the unemployment rate, at 6%, though well below where it was a year ago, remains elevated.

Powell has stressed that further gains in the job market are needed to help the many Americans — especially low-income workers and people of color — who have been disproportionately hurt by the loss of jobs and incomes and have yet to benefit from the early stages of the recovery.

At the same time, the central bank this week could bring into sharper focus the significance of the gamble the Powell Fed is taking in its approach to inflation. Under a new framework the Fed adopted last summer, it will no longer raise rates in anticipation of high inflation, which had been its policy for decades.

Instead, Powell and other Fed officials have made clear they want to see inflation actually exceed their 2% annual inflation target — and not just briefly — before they’d consider raising rates. The Fed’s policymakers have said they would like inflation to remain above 2% for “some time,” without specifying how long that might be.

They’ve set that goal so that inflation would average 2% over time, to offset the fact that inflation has been stuck below 2% for nearly the entire past decade. Fed policymakers favor price gains at that level as a cushion against deflation — a prolonged drop in prices and wages that typically makes people and companies reluctant to spend.
Seeking to allay any concerns about rising prices, Powell has said he thinks the inflation pressures that are now building in the U.S. economy, partly in response to clogged supply chains that have created shortages of some goods and components, will prove temporary. That’s because for now, Americans don’t expect prices to rise much in the long run.

Apart from inflation, the Fed’s new framework includes a sweeping definition of maximum employment that includes fully recovering the jobs lost to the pandemic, including among many people of color and low-income workers, before it even considers a rate hike. Powell has also indicated that the Fed would like the roughly 4 million Americans who stopped looking for work after being laid off in the past year to be hired before it considers tightening rates.

“We’re in the midst of a historic moment,” said David Beckworth, a senior research fellow at George Mason University’s Mercatus Center. “This is very different than anything the Fed’s ever done before.”

The Fed’s policymakers themselves have turned more optimistic about the recovery. Last month, they significantly upgraded their forecasts for growth and inflation. They estimated that the economy will expand 6.5% this year, up sharply from their previous projection in December of 4.2%. And they raised their forecast for inflation by the end of this year from 1.8% to 2.4%.

So far, the economic rebound has been happening more quickly than economists forecast. In March, employers added nearly 1 million jobs — a nearly unheard-of figure before the pandemic — and weekly applications for unemployment aid have fallen to their lowest levels since the virus struck.

In some industries, notably restaurants and stores that have more fully reopened for business, employers are complaining that they can’t find enough workers to fill their available jobs. In response, some are raising pay. Raw materials and parts, from lumber to semiconductors, have risen sharply in price as demand for homes and cars — major users of semiconductor chips — has soared.