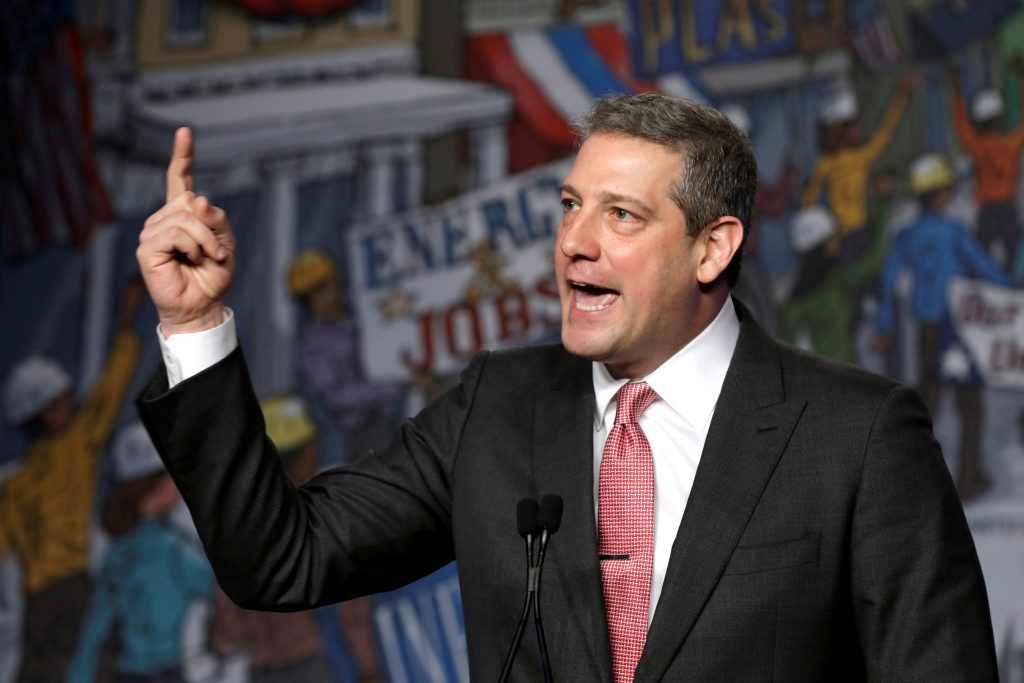 Veteran U.S. Representative Tim Ryan on Monday said he will run for the Senate seat being vacated by Ohio Republican Rob Portman, as he and his fellow Democrats battle to hang onto their slim majorities in Congress in the 2022 elections.

Since being elected to the House of Representatives in 2002, Ryan, 48, has cast himself as a voice for working-class voters, many of whom have fallen on hard times in his northeast Ohio congressional district that at one time was an epicenter of U.S. industrial might.

“Ohioans are working harder than ever, they’re doing everything right, and they’re still falling behind,” Ryan said.

His first statewide race is likely to be difficult as Ohio has been trending Republican. Former President Donald Trump, who is expected to campaign for Republican Senate candidates, carried the state in 2016 and 2020.

Portman announced in January that he would not run for a third term next year, opening the way for Ryan to try to capture the seat for Democrats who now control 50 seats in the 100-member Senate.

With congressional redistricting efforts getting underway, Ryan faced the prospect of his district, which includes Youngstown, being eliminated.

“The problem for Tim Ryan is it wasn’t just one factor that caused them (voters) to move to Trump. It wasn’t just trade and the feeling the national government abandoned them,” Sracic said. He added that Ryan has tacked to the left on some social issues, such as abortion.

In 2016, Ryan took the unconventional step of challenging Nancy Pelosi for the House Democratic leader position she held before recapturing the House speakership in 2019. The move raised his profile in the House, and he went on to launch an unsuccessful run for president in 2019.

Republicans who have expressed interest in Portman’s seat include former Ohio Treasurer Josh Mandel, who unsuccessfully ran for the Senate in 2018; Jan Timken, a former head of the state Republican Party, and Mike Gibbons, a businessman who also ran for Senate in 2018.