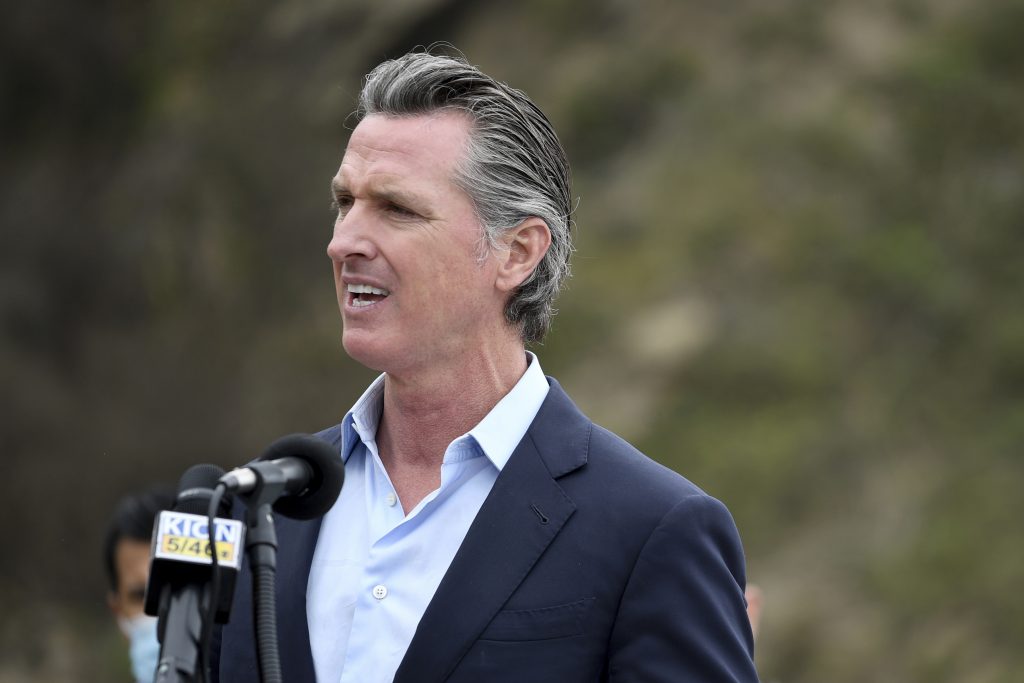 Organizers of the recall effort against California Gov. Gavin Newsom collected enough valid signatures to qualify for the ballot.

The California secretary of state’s office announced Monday that more than 1.6 million signatures had been verified, about 100,000 more than needed to force a vote on the first-term Democrat.

People who signed petitions now have 30 days to withdraw their signatures, though it’s unlikely enough will do so to stop the question from going to voters.

An election is likely in the fall where voters would face two questions: Should Newsom be recalled and who should replace him? The votes on the second question will only be counted if more than half say yes to the first.

If Newsom survives the recall he will be up for reelection in 2022.

Among the most prominent Republicans running to replace Newsom are former San Diego Mayor Kevin Faulconer and Caitlyn Jenner, who has never run for elected office. Businessman John Cox, who lost badly to Newsom in 2018, and former Congressman Doug Ose, also are running.

In 2003, voters recalled Democratic Gov. Gray Davis and replaced him with Republican Arnold Schwarzenegger. It’s the only other recall of a California governor to qualify for the ballot.

Newsom won election in 2018 with support from more than 60% of voters. Recalling him will be a tough sell in the heavily Democratic state where just a quarter of the state’s registered voters are Republicans, about the same number as those who identify as “no party preference.”

But organizers see an opening by energizing voters who were angered by Newsom’s handling of the pandemic and those frustrated by one-party rule in Sacramento. Republicans have not won statewide office since 2006, when voters gave Schwarzenegger a second term.

Newsom’s pandemic actions tipped the recall effort over the edge, especially after he was caught last fall dining at a fancy restaurant for a lobbyist’s birthday while urging residents to stay home.

Organizers began working to remove him from office before the coronavirus took hold in California. Orrin Heatlie, a retired county sheriff’s sergeant, decided to pursue a recall after seeing Newsom explaining the rights of immigrants living in the country illegally. He and other Republicans were also frustrated by many of Newsom’s liberal policy decisions.

Dozens of other candidates, serious and not, are expected to enter the race.

So far no other Democrats have announced plans to run against Newsom. The governor launched an anti-recall campaign in March, crafting the effort as one driven by Republican extremists and adherents to former President Donald Trump, who lost California twice.