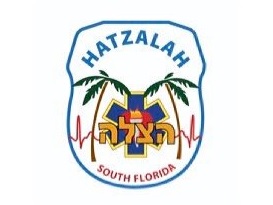 The Florida State Senate unanimously passed SB1084, a bill which brings Hatzalah of South Florida a step closer to being recognized as a full-fledged EMS provider.

The bill, sponsored by Senator Jason Pizzo along with Senator Lauren Book and Senator Ana Maria Rodriguez, was passed despite tremendous opposing the bill.

Advocates from the Jewish community, both inside and outside the State of Florida, assisted in helping promote the bill amongst elected officials.