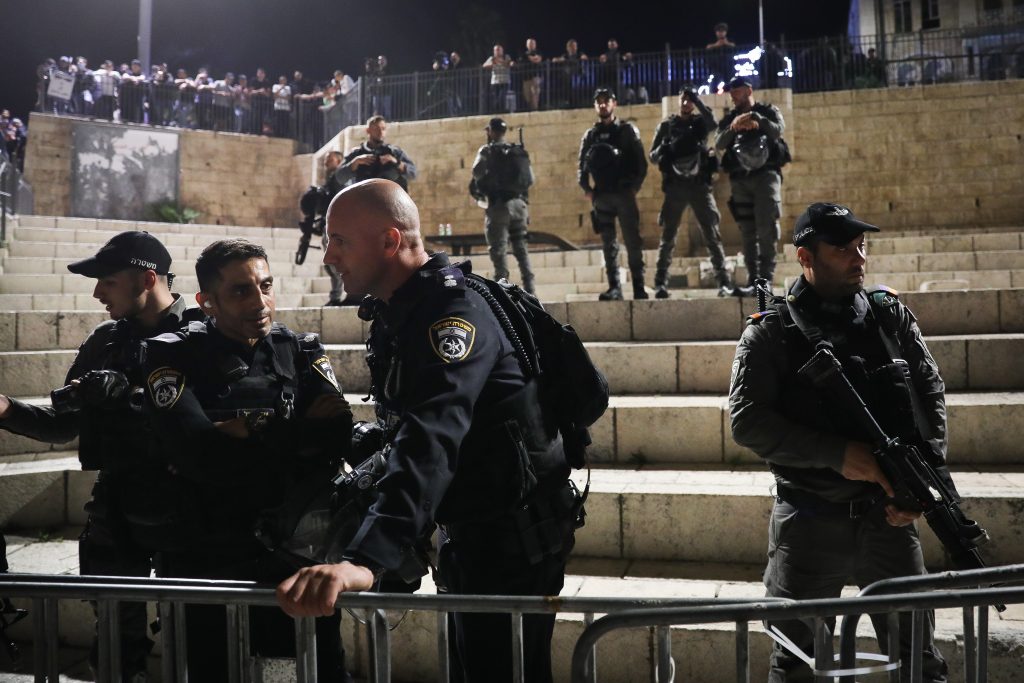 Israeli police have removed the barricades they had placed at Damascus Gate of the Old City of Yerushalayim, which had been the flashpoint of clashes over the past few nights.

The barricades were set up to prevent young Arabs from east Yerushalayim from congregating there and instigating violence against police and Jewish passersby. But police evidently decided that more violence had been caused by their presence and ordered them taken down on Sunday evening, in the hope of reducing tensions.

Meanwhile, earlier in the evening, three Arab sanitation workers were attacked on Ben Sira Street, in the downtown area of the capital. One suspect, a Jewish Israeli, said to have been carrying a knife, was apprehended by police.

On the Gaza border, Palestinians broke through a security fence and entered the buffer zone between Israel and Gaza, stealing some construction material, during a demonstration along the border. Video of the incident was shown on social media.