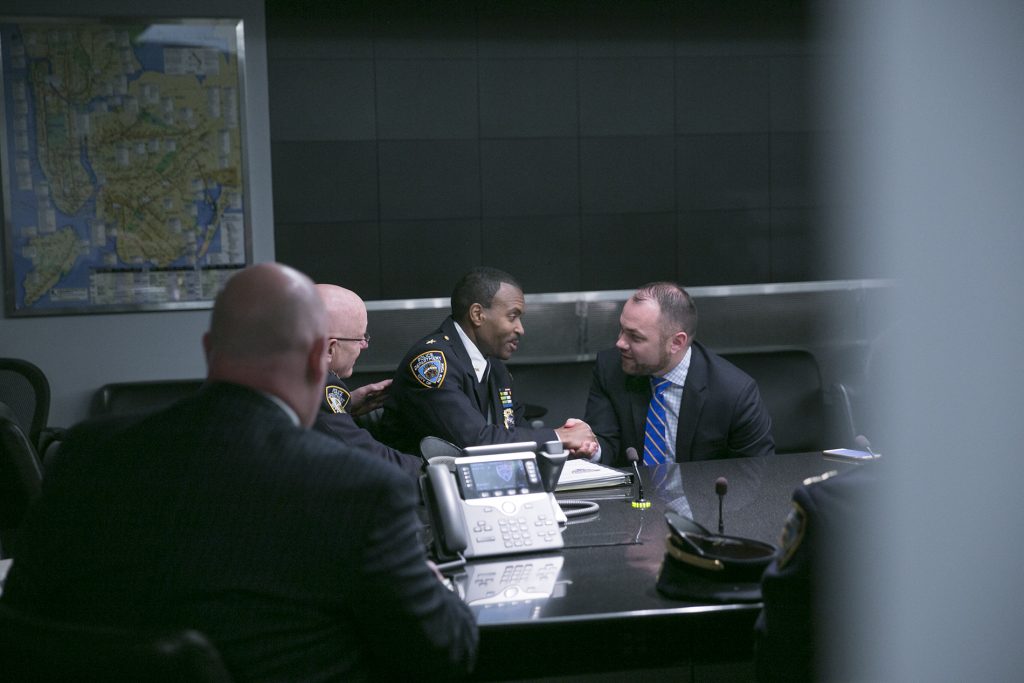 City Council Speaker Corey Johnson and state Senator Brian Benjamin, both of whom are running for City Comptroller, appeared at a criminal justice event to announce they would be introducing bills in their respective houses in New York City and Albany, respectively, that would bar the police departments from hiring officers who had been fired for misconduct in other departments.

“We need to restore and protect the trust between our communities and the individuals sworn to protect them. We can’t do that if we have people serving as police officers who other cities or states have determined are not fit for duty,”  said Benjamin. “Once we enact this bill into law on the city and state level, we can be sure that we are not empowering people who have a history of abusing their positions.”

The bills would create a database that would track police officers who had been fired or forced to resign, or faced serious disciplinary measures in order to prevent them from being hired by the New York state.

It would require the the Department of Citywide Administrative Services to include in the hiring code an automatic disqualification for such officers, who had previously faced allegations of excessive force credible enough for them to be fired. The Department also bars people who were dishonorable discharged from the military or had felony convictions from becoming officers.

“All it takes is one bad cop to make a fatal mistake, shatter a family and destroy the trust people have in all police. Sadly, we’ve seen too many police misconduct cases across the country, and many times these so-called ‘wandering officers’ land in other departments. We don’t want them in the NYPD, and we must do everything we can do to prevent them from working as officers in our city,” said Johnson.

Johnson is currently the frontrunner of the five-candidate City Comptroller race.