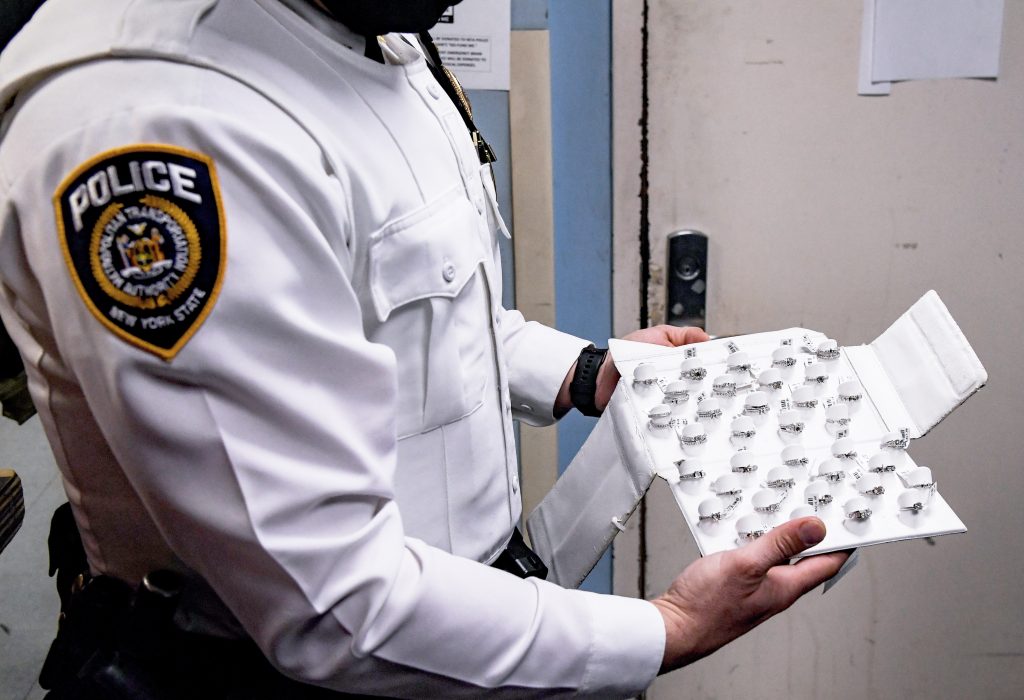 A Long Island Rail Road conductor was hailed as a “gem” of a public servant for finding abandoned diamond rings worth $107,000 on a train and keeping them safe until their owner could recover them.

Assistant Conductor Jonathan Yellowday was wandering the aisles of the the 6:11 p.m. train from Penn Station to Port Washington when he found an unattended bag. In it, he saw a case and nestled in the case, 36 gleaming diamond rings.

“I had to do a double take because I couldn’t believe what I was seeing,” Yellowday told the New York Daily News. “I actually thought they were fake until I saw the price tags.”

Yellowday said he thought, “I want to personally hand it over to the MTA police to make sure it didn’t get lost in transit … That’s somebody’s livelihood in that box.” So although his shift was over, he went 55 minutes out of his way to make sure the police would keep the jewels safe.

In fact, he had found jeweler Ed Eleasian’s engagement-ring options. Eleasian had been heading to a relative who was getting engaged to show off the options, but, in his hurry to make his stop, rushed off the train and forgot his precious cargo.

The next morning, when he realized what happened, Eleasian and his wife rushed to Penn Station, where a station manager reassured him his diamonds were safe.

Grateful, Eleasian decided to meet Yelloday in person to thank him. Eleasian told Yellowday he would make him a custom piece of jewelry to express his appreciation.

Yellowday, a seven-year LIRR vet, has seen many lost items during his tenure, but nothing close to the value of these rings

After Yellowday and Eleasian embraced, the conductor told him, “I could only imagine what you were going through yesterday when you realized that you didn’t have your jewelry. You know when you get on the 6:11 you’re in good hands.”