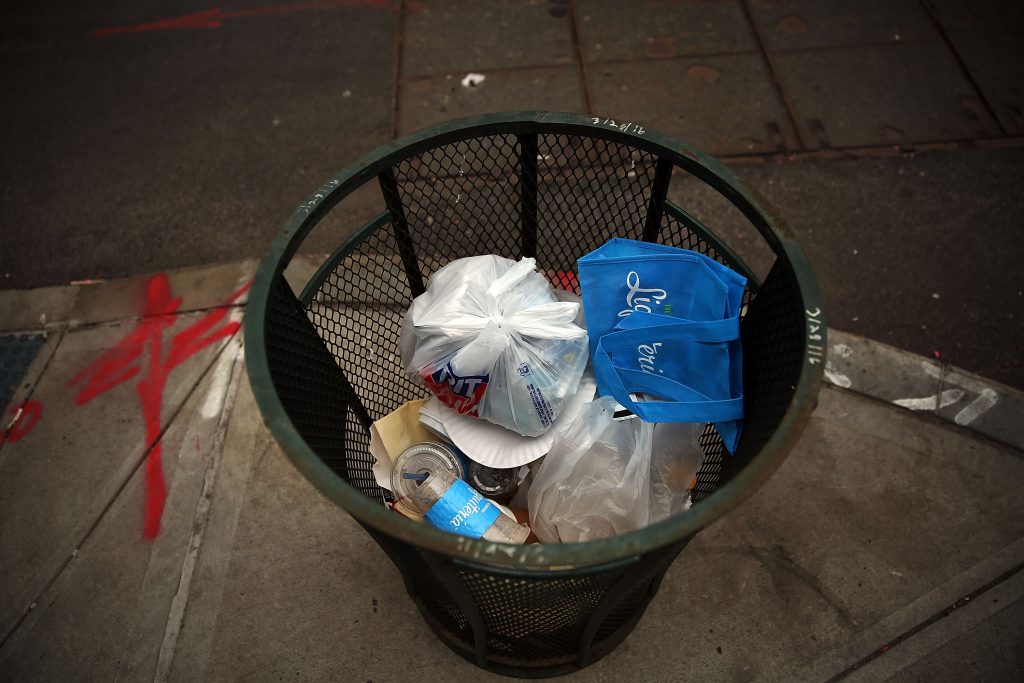 New York City is waging a campaign to win back residents and tourists after a pandemic shut down tourism, one of the main drivers of the city’s economy. First, it’s got to deal with the trash.

Mayor Bill de Blasio last week announced a $30 million tourism marketing campaign. Earlier this month, he started hiring workers for a newly created City Cleanup Corps — a 10,000-employee force to eradicate graffiti, collect litter and beautify parks — and pledged to restore some of the Sanitation budget cuts he made last year. But the mayor, who will depart City Hall this year due to term limits, will leave completion of the task to his successor.

Among the more than a dozen candidates in the June 22 Democratic primary, perhaps no one has a more detailed plan to address the trash problem and beautify streets than former Sanitation Commissioner Kathryn Garcia. She’s pledged to increase funding to public spaces, parks and gardens, restart recycling programs and send zero waste to landfills by 2030.

“When we see dirty streets, people intuitively think either government isn’t doing its job or things are really bad,” Garcia said in an interview with Bloomberg News editors and reporters. “When you cut the Sanitation budget by more than $100 million, you have to understand the implications of that.”

Sanitation intersects with climate, public health, safety, transportation and the city’s economic recovery. Cleaning the streets will reinvigorate the culture and tourism that keeps money flowing into New York, said Margaret Chin, a City Council representative for Lower Manhattan and a member of its Sanitation Committee.

“People may not think that’s a priority, but it’s very important for businesses, tourists, community residents to have their neighborhoods clean,” Chin said. “It just makes people feel better when you walk down the street and it’s not full of garbage.”

Before the pandemic, Garcia’s steps to keep filth in check made New York City the cleanest it’s been in years, according to annual Sanitation data. She increased the number of waste baskets and pickup frequency, bought smaller trucks to traverse narrow streets outside Manhattan and expanded the city’s curbside organics and recycling program.

That progress skidded to a halt last year after Covid-19 hit. Garcia, 51, said the city’s trash data was an early indicator that quarantines and surging infection rates would overwhelm the city if it was unprepared.

“I knew that people had left the city immediately, because I saw waste fall in Manhattan by 20% instantaneously, and then start to rise in the outer boroughs at the same time,” Garcia said.

In a bid to conserve cash, de Blasio slashed the Sanitation budget. That led to reduced collection, rat mitigation and composting services. The city couldn’t hire additional workers and New York was soon drowning in nearly twice the trash of pre-Covid levels. Garcia said she resisted the cuts and told de Blasio they would hurt Sanitation and severely injure the city. When it became clear de Blasio wasn’t listening to her, Garcia said, she quit.

Garbage bags piled up. Litter spilled into the streets. Rat sightings multiplied. Citizen complaints about dirty conditions spiked 150% between March and August 2020, and rodent complaints surged, according to the city’s 311 service request data.

Bill Neidhardt, a spokesman for de Blasio, said the pandemic required cuts to all agencies, and that the mayor has restored litter-basket pickups with federal stimulus dollars.

Now, Garcia is trying to finish what she started. She said a good mayor understands the benefits of keeping the Sanitation Department running well.

“When I am talking with New Yorkers, they often make a decision about my work when they open their door: ‘Snow plowed? Yes or no. Garbage picked up? Yes or no. Do I feel like it’s clean? Yes or no,’ ” she said.

Trash levels are now higher than last year’s peaks as people return to the city, office workers remain at home, and a surge in grocery delivery and other online goods creates packaging waste. By the end of March, waste tonnage was up about 15% compared with the early months of the pandemic, city data show.

Even though pickup service is being restored, New Yorkers appear to have reached a breaking point: The number of complaints to a hotline about missed collections, dirty sidewalks and improper disposal more than tripled in March. The number of rodent complaints increased by 80% to 2,906 in March from a year ago, the data show.

“What you need in this city is somebody that’s going to be able to solve problems,” Nespoli said. “When she wants to do or get something done that she feels is better for the public, she’s going to do it.”

Several of the candidates have seized on trash as an issue that could vault them ahead. The city has done a “poor job keeping our streets clean because of short-sighted budget cuts,” said Stringer, who has pledged to increase trash pickups and park funding.

Adams has criticized de Blasio’s sanitation cuts, but, like Yang, hasn’t released a formal plan to tackle the trash crisis. Adams and Yang didn’t respond to requests for comment.

However the race turns out, the city’s next leader will have to undo the “devastating effects” of the sanitation budget cuts as residents return to the city and a vaccine rollout spurs activity, said Chin, the longtime Councilmember.